After a rather unimpressive visit to the river in February a long cold and wet March and April ensued. As many will agree, there has been little to inspire the sap to rise and those heady early summer mornings of bubbling tench, singing birds and fresh new growth seemed to have been stuck on hold.

Eager to spend some time next to the carp lake, I set up one chilly evening quite aware that a cold night was due. Let's face it, every night was cold but, I checked the weather and the next day was forecast to be sunny, warmer and with a gentle breeze that may be enough to send a few carp toward the shallows. I was sat in the perfect interception spot.

I baited lightly and put one rod out on maggots in the hope that a cruising fish may fancy a light supper. It did - but it was a diminutive roach and it had evidently opted to breach Covid legislation and dine with a large party of its peers. I pulled the rod in, led it next to the other next to my bivvy and settled in for the night. The thought of leaving my warm bed for anything fishy on a frosty night has long since lost its lustre.

I awoke to find the pool covered with a heavy mist and the air brittle with frost. I went back to sleep. 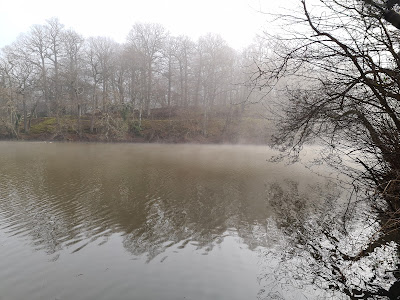 I did eventually lift a little and I cast out leaving the rods for almost two hours before realising the promised weather was not happening and accepting that the long list of blanks that other members had suffered was to continue a little longer. I left.

My mood was lifted when a conversation with Tim led to an invite to join him on a tench water. No, the 'Crabtree dawns' were still miles away but he had caught a few with a six pounder amongst them. I was fired up and we met an another cold morning.

I fished hard and felt I was doing everything right, I even had a definite one-inch lift on my float but struck into thin air. Tim put a worm on his feeder outfit and landed a four pounder. 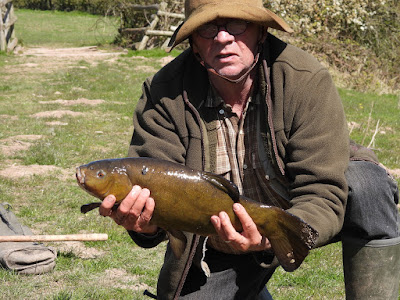 Despite my blank I was keen to return and Gary, who runs the lake, invited me for a second go. This time I woke early and, so as not to stare at a float all day, opted for a twin feeder approach that Gary had also adopted. Again, I blanked even though I had one flying run that was somehow missed. What is happening to me. Rubbing salt into my sores, Gary had a three pound tench. 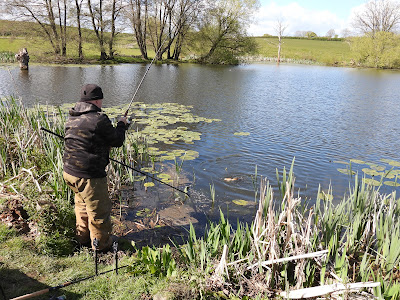 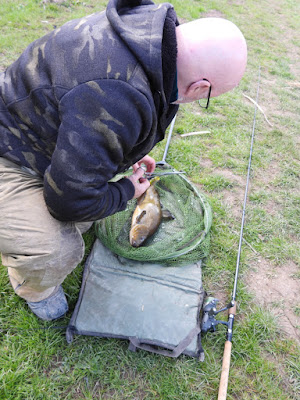 He has invited me back and I shall take him up on it..... when conditions are a little milder.

Which all leads me to today. Yesterday, with carp in mind I packed my car . Conditions look good and I reckon a fish or two are on the cards but, I've developed a sore throat and head cold with all the trimmings associated with feeling like crap therefore and my blank start to the year will continue.