Was it really five years ago? Yes, I've checked my diary, I actually thought it was three years but five! Neil and I had been given permission to fish a private section of the Teme for the weekend and, as we sat outside of our bivvies we watched the greatest free show on (or from) Earth - Perseid, the biggest meteor shower of the year.

We had looked out for this phenomenon many times but, being England, it was usually cloudy yet here, on this cloudless night the display was fantastic. A bottle was produced and we shared a moment that will live with us for ever. Pity the fishing didn't match it :-)

And yesterday was the peak of this year's astral show but I failed to spot a single shooting star. Not that I fished into dark, I merely flicked a bait around a swirling pool for an hour or so beneath a sky that gave a portent of the heavy rain that would follow. A beautiful sky with broken cloud that looked like the scaly flank of a mighty dragon that flew into the sun. It was a time to touch leger and crane my neck to absorb the moment. Yes, I was twice disturbed, once by a barbel and again by a chub but it really didn't matter, it was all about the atmosphere. 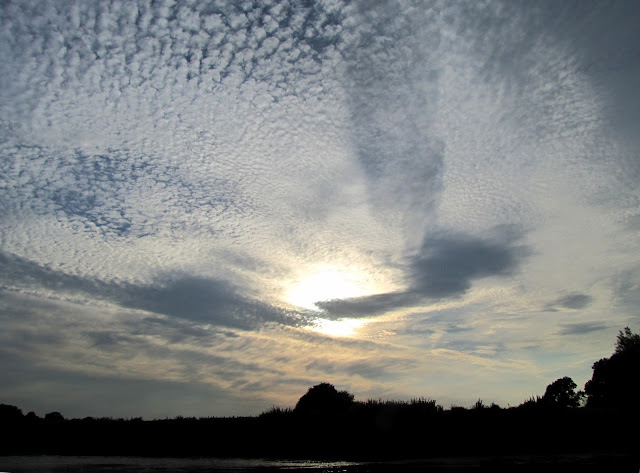