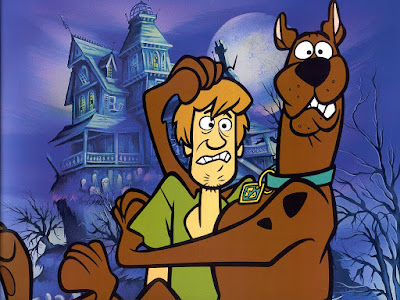 There's no such thing as ghosts! The very notion is absurd isn't it? To suppose that, of all the animal kingdom, we are blessed with a soul or spirit that can somehow outlive our mortal bodies. Oh yeah, when did that first happen? Did cave men have a soul? Did the upright walking apes of the African jungles have souls? Going back farther, did the tiny mammals that took over after the dinosaurs became tantalising fossils have a soul?  If the 'soul' runs in tandem with opposable thumbs then maybe, but we don't read too many tales about people being haunted by tiny monkeys do we? And think for a moment the time in history when a man first acquired this mythical soul, what would the chaps either side of him think? No, we live, we die, we rot. All of our talents and accrued knowledge and experience goes with it - the end

It is no coincidence that most of the alleged ghosts take the form of people that lived around the time of the birth of the printing press. This was the period when the opiate addled minds of the authors of the day used their hallucinogens to conjure up tales to sell the books that were then newly available. Those images became the 'norm' and continue today.

Angling writers for years seem to have dwelled upon tales of eerie lights, sounds and apparitions in the dark around old stately lakes in particular. Why the local canal wouldn't have a spook or two is beyond me, there must be hundreds of wandering, tortured cat spirits for a kick off. We all like a mystery especially if someone gets the crap scared out of them somewhere along the way but I don't buy into ghosts or evil spirits of any kind and I will happily fish at the 'scariest' lake or sleep soundly in the world's most haunted abode should anybody care to invite me....... and pay my bus fare.

So, having said all of the above, why do I keep hearing those footsteps that come along the bank when I'm fishing by lakes? Not just one lake but several. Crunch, crunch crunch goes the noise with a weight and speed of a human walking and.... just when its close enough.... you look..... and there's bugger all there! Not even a pheasant, squirrel or rat wearing your wellies. Most peculiar.

Just the other day I was sat in glorious sunshine, enjoying all that the world can offer as I fished for carp. A fellow angler pulled up a couple of swims away.... I heard him slam his door (don't get me started). Soon after they began. Crunch, snap! (that was a twig), crunch, crunch... it approached me and the dog was up and waiting at the little gap in the undergrowth he'd already used to go and explore. He stood, slowly, passively wagging his tale. 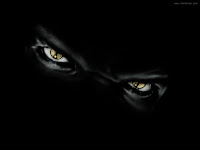 The noise got closer to the point where I was looking through the undergrowth fully expecting to see the newly arrived door slammer, I'd even formed that benign welcoming grin on my mush and the dog was settling back on his haunches to leap up and slobber all over him......... but the noise stopped.

Cane was straight in to the thicket and searching around for who or whatever it was and seemed very interested in a small gap under some undergrowth. I had a look around but we came up negative and another mystery visitor was logged as 'unsubstantiated'.

If any of you have identified this thing please tell me what it is. I repeat, I'm not frightened, just very very curious.

The Forth Dimension - another mystery to ponder.

My Korum Ruckbag is a portal to the fourth dimension. There, I've said it. No doubt I shall now be called in by scientists for tests and experiments but I doubt they will discover anything as my bag is as cunning as it is mysterious. 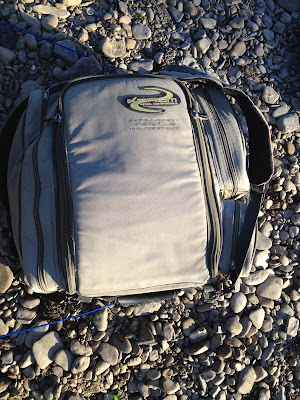 It started with a head torch. In a bag full of smaller bags, plastic pots and catapults, a head torch with a long and colourful strap is an easy item to locate. Pull two or three other items apart and there's the strap or that glinting glass lens, its so easy to find I could even do it in the half light of dusk. Except one day I couldn't. So I had a better rummage and still it was not there. The Ruckbag is capacious and has inner pockets and folds in it's fabric that can hide less obvious items but no amount of searching saw my head torch reappear.

I had repeated the search in full daylight before consigning it to the 'lost in action' category that so much of our tackle falls in to. A replacement was purchased and this nice new shiny torch was placed in the central pocket for use later that day and happy that I was now full able to cope in all light scenario's I headed for the river.

The day became the evening and the light levels failed. I opened the Ruckbag, moved one or two things aside and spotted a headband that I knew would be attached to the torch. I lifted it and there it was - my old head torch! The new one was with it of course, but where had the old one been?

More filing was called for and this went under the 'I must be going daft heading'. But the bag was not finished with me.

A sunny day saw me sat on a gravel beach attempting to encourage a chub or two from their lair. I had been scribbling in my diary which I put back into its bag and returned it to the Ruckbag. My intention was to go and visit my mate who was fishing about 75 yards away upstream so, I removed my reading glasses and placed them carefully onto the side of the open Ruckbag. I did this so that on my return they would be obvious to me and unlikely to get sat upon - the perfect plan.

After a brief chat I was back and reached for my glasses...... they were not there!

Over the next hour both of us walked, bent at the waist, along the bank from my position to his. We each emptied the bag of it's entire contents onto a plastic sheet and probed and delved into every pocket and corner but no glasses were found. I even checked out the local bird population in case one of them was wearing them and taking the piss out of me from a tree top but no, they never turned up.

If that had happened next to an ancient estate lake there'd be books written about the ghost of Dave's bag. Quiet what was going on? Well, you tell me.

Below are three anglers that visited the Red Lion at the weekend. The fine looking gentleman to the left in the first picture is my old mate Andy Sliwa, the man that is responsible for rejuvenating many cane rods that I've dumped on him over recent years and he took three more on when he left.

Nothing exceptional really - or is it? I visited the gathering on Saturday when most had taken to the shallow waters of a thirsty Wye in order to trot for whatever happened along as opposed to sitting behind static barbel rods. 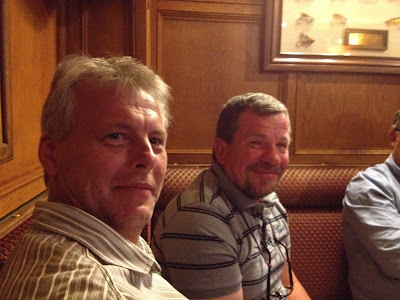 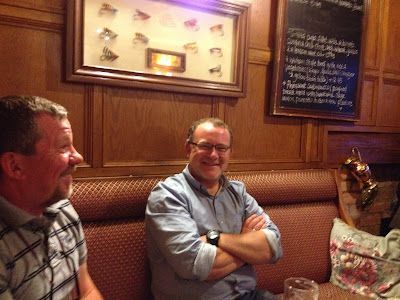 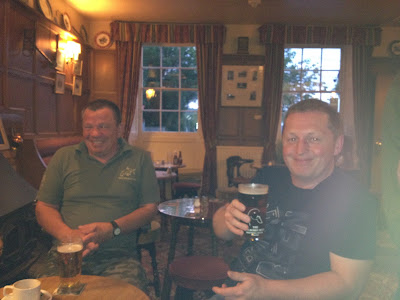 One of the above waddled slowly to the shore bemoaning an overfull bladder and proceeded to unpeel his chest waders and set the sprinklers off to much groaning and "Aaahing!" with no regard to the passing canoes and their mixed gender crews. He further raised the eyebrows of his colleges by declaring that he thought the return to the bank superfluous and that he wished he'd relieved himself in his waders!

When I entered the pub they were already a beer or two ahead of me and the first topic of conversation was the above but with an addendum.

So, using your skill and knowledge, can you unravel the mystery and tell which of the five pissed in his waders on no less than three occasions whilst fishing and seemed somehow proud of the feat?