You Only Get One First Fish

The time had come to introduce Grandson number two to the sport. Neil, my son, invited me along and gave me responsibility of helping young Levi to break his duck. To be honest he's wanted to fish for the last year and has dreams of catching a big carp but one step at a time and all that.

I'll let the pictures speak for themselves... 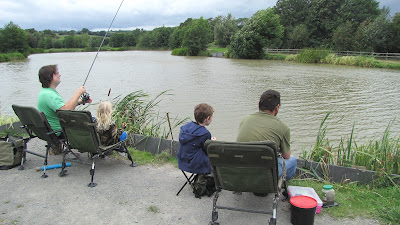 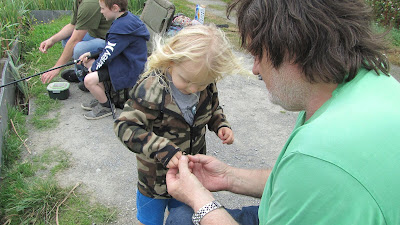 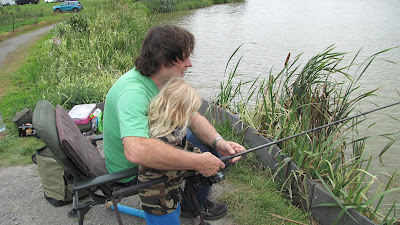 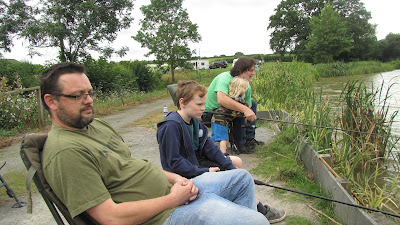 A Day With Chris Newton

My last few stalking sessions have seen me catch one - but I fell headlong into thick silt and leaves in the process. Next trip I lost one and on the next I felt like crap and despite numerous carp feeding in front of me, I did not bother to cast.

The feeling like crap was sorted by a course of Penicillin that came in tablets so large, when I opened the foil and removed the first one, my wife thought I'd bought her a new ironing board. But they've done the trick.

On Wednesday I fished with my old mate Chris Newton. It was great to catch up with all the news and events that have affected both of our lives. The banter was the same as always and the fishing much like we did back in the day. Truly a day to savour.

Chris and I have shared bank and boat space since the late seventies and we are drawn to each other by some mystical force. I first met him whilst fishing for but failing to catch tench at Emborough pond. The stale bread I'd scrounged from my landlady was useless but Chris and his mate (fishing the swim I'd wanted), were catching on maggots. I was all for packing up but went along for a chat and Chris invited me to join them and gave me some maggots - I caught my first tench that day.

Nearly a year later I returned on a pre-season look at the lake when who should come through a hedge, camera in hand, but Chris. It was also his first trip there since we'd met and he was photographing marsh fritillary butterflies, a passion I would share with him in the future.

We fished together from then on and Chris became quite an influence as he had knowledge of many waters I had yet to discover, he even caught a barbel from the Bristol Avon, something that eventually shaped my future.

Eventually I moved south whilst Chris moved north and our fishing outings became less as time and commitments changed. When I moved to Herefordhsire our lives took separate courses as Chris obsessed in sea trout and I obsessed in barbel. No longer did we have the common interest of old and we drifted apart.

I was in a Bristol tackle shop on a very rare visit when I bumped into Chris who was an occasional shopper there. We chatted, promised to get together but nothing came of it. Some years later I was in a gun shop in Gloucester when Chris walked in. It was my first time there and Chris had not called in to that shop in a year. Like I said, we are linked by some weird force.

After way too long without a proper fishing day we at last got together. We fished near his home on the Gloucester to Sharpness Canal. For the record, Chris caught nothing but rudd whilst my float, rarely more that six feet from his, sank to a single rudd, a tiny roach and a host of skimmer bream which, I hasten to add, were our chosen species. Chris will tell you otherwise.

I recently read Chris' latest book 'Midsummer Night's Stream'. It chronicles his early years, some successes and near disasters along the way and ends with his crowning glory of a magnificent Sea Trout from the river Towy. A very good read it is too - I even get a mention. Mind you, he forgot which of us had the first salmon from that river and who was the first to get a four pound rainbow from Blagdon along with a few other glaring lapses but apart from that....

We have promised to fish together again before another decade passes. I look forward to it. 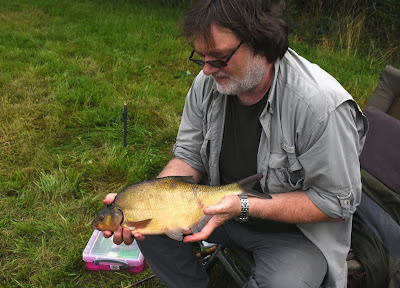