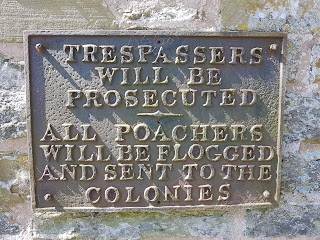 An angler unable to dangle is a very frustrated creature. Of late I have been just that - frustrated to the point of distraction.

I read through some of my old blogs the other day and am amazed at how quickly the time is passing. There are references to a troubled back and a yearning to catch large carp from much farther back than my memory might have had me believe. I am obviously drifting from the fast flowing Wye but have yet to commit to a new obsession. Hang on, I don't like that word - let's say "direction". I concentrated on barbel for many years but in retrospect see it more as part of my development than an overwhelming and uncontrollable urge. Yes, I have found a new direction.


Some consider it as being 'lost to the dark side' when you concentrate on carp but I find it very satisfying and, at the moment, it's all I can think about. The prospect of waking on a misty dawn surrounded by bird song and the smells of a wood surrounded lake are dragging me away from the exciting rush of clear water. This, of course, comes on the back of a bloody awful season when the river was out of sorts - as was I, and my river fishing felt like hard and often quite tedious work.

This winter has dragged and dragged and I've barely wet a line. On the few occasions that I did venture out I was rewarded with a big fat zero return. The frustration grows. What do we do when we cannot fish? We plan and plot the downfall of our chosen species. I've done a lot of this and it hasn't helped the time pass a single jot - it's made it worse. But the light is starting to shine at the end of the tunnel.

Many months ago Paddy and I decided to have a week in France together. I want to be there when the fish of his dreams slips into the net and hopefully it will. It's a small venue with accommodation (that will not get much use) and fish to around 40lbs. After this particular winter, this trip, that's just a few weeks away, cannot come soon enough.

I've also promised my lad Neil that we can go to France together a bit later on to have another go at some of those enigmatic French river carp. It's a wonder I can sleep at night.

My syndicate lake has refused to produce a single fish all winter (not that it was me trying), but will surely burst into life when the warm south westerlies arrive next week. I'll be there, sat behind my rods just poised for action. I have so many plans for this water I could burst.

But I've been having ideas of spreading myself around and seeing if I can get carp from other waters. Having a lake you know well can stifle the creativity and I've been mulling over a few possibilities. I heard of a syndicate that looked good for the future but where the waiting list was at least two years long. As it has a level surround I figured it could be a lot easier on the joints so was going to meet the guy and have a look around. In August it was all set up and ready for the viewing when domestic issues intervened. I only made that contact last week and feared I may have left it too long.

I received an email that said "There is a vacancy available for this year if you are interested". I was taken aback. I was looking for a different sort of water as opposed to another estate lake but hey, let's give it some thought. The next line said "It is becoming a major water in the area and the waiting list will grow". I gave the obvious reply.


The water is large, beautiful and has a low density of all species due to extreme cormorant damage that has decimated the smaller fish. It was only re-opened last season after a long fallow period but some new stock was recently introduced to bolster the few existing carp. The other fish present are tench - to a very good size and bream - to an even bigger size. Add to this that some of the carp are just mouth watering and maybe you can see why the anticipation is pretty much off the scale.


My season is therefore set and although I shall still visit the river and eagerly anticipate a fish in with some of the reprobates I have skilfully avoided for a few years, it is to still waters and the silent carp that drift through the weed channels that hold my attention.