Nostalgia and a warning

I was in Taunton today, the town of much of my youth and adult working life. Its normal to feel nostalgia when in your home town I guess but a stroll around French Weir really set the memories flooding back.

I have written before about my first ever fishing trip there and today I realised how much of it is exactly the same as it was five decades ago. Would you believe that fifty years of floods have passed yet the cabbage patches below the weir and the lily patch above are still there and are still roughly the same size as ever they were. Sadly though, the old Horse Chestnut tree beneath which I made that first cast is now just a large stump. I had to stand 'beneath' it and look over the old fence into the swirling pool.

Chub were everywhere. A fish that didn't appear on my catch list until several years after I'd left Taunton yet now, the shoals of dace were missing replaced by chub, chub and more chub. A few roach and minnows were the only other fish I spotted.. oh, and an umbrella. It sat tight to a concrete ledge, submerged, fully open and doubtless beneath it was a patch of bone dry river bed. 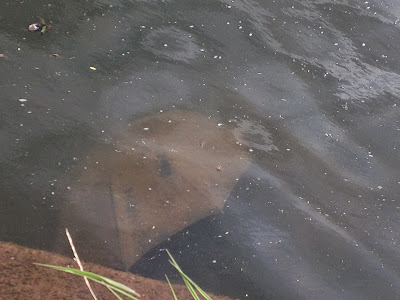 But the nostalgia was heightened by attending Bunny's funeral and not just for the reasons you may think. I had been asked to provide some pictures by his son Phil who especially wanted some with him and his dad together. Fortunately I was able to oblige. But then, as I poured over my vast collection of pictures, I realised that I didn't have a single picture of me and Bunny together. I took it a step further and I cannot recall one of me and lifelong fishing mate Paddy together and only the occasional one of my son Neil and I, taken when Nicky happened to come along. This is wrong.

Now think - when you fish with your mates, how often do you get a shot of both of you together? I'll bet you're like me and its one of you with the camera, the other grinning inanely at some comment made or trying not to look too serious when posing with a fish. Rigging up a timed or remote release shot seems like too much faffing about much of the time and how many of us want someone else posing with our fish?

In the time of the 'selfie' can I suggest that you make the effort to take a few shots of you with those that you care about because if you don't, one of you may regret it. 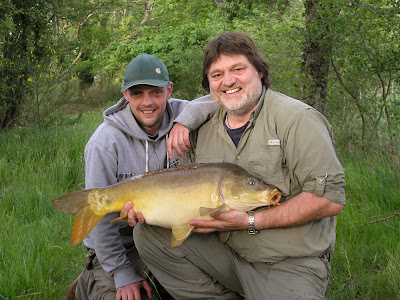