I haven't fished for the last week or so, just don't have the urge right now. The lake looks lifeless and never seems encouraging when full of coloured water from the streams and the river, well, its just been up and down like a tart's knickers and has been fishing very poorly.

Not so long ago, in circumstances like this, I'd have been on the river fishing like a little ferret in an attempt to find an answer to where the fish were and how to catch them but, at the moment, I can't be bothered. I'm just fed up with fishing in flood conditions.

So what do I do, wait for the river to drop - if it ever does? Wait for the lake to clear and become cold? Look for somewhere else to fish? I don't know, but something will turn up, it always does. I'm quite content to let the fish be for a week or two, I'm away with Nicky for a little break next week, when we get back I dare say I'll be gagging for some fishing action and that may well involve a pike or two.

Although I didn't wet a line, I was on the river yesterday. Johnny Jensen, international angler, journalist and photographer, who was over from Denmark for a short stay with his lovely wife Charlotte and their son Emille. Johhny has fished the Red Lion stretch for years, he loves the Wye and the countryside of the Welsh boarder. He is a pleasure to know with his positive, non judgemental outlook and great charm. He loves to remind you that he's a Viking and his mantra 'Let's fish and if the fishing's bad, let's get drunk' is straight from his Viking roots. I spent one evening chatting with him and Nigel Botherway but hark at me, the old name dropper :-)

We tried hard for a few hours yesterday but failed to raise as much as a bite - but I waited till the evening for the drink. 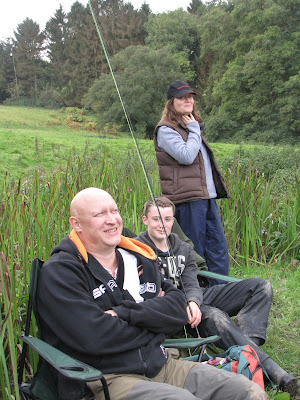 During the day and over a curry in the evening Johnny regaled us with tales of his fishing trips around the world. His accounts of ice fishing in Sweden and especially the journeys into the Amazon were particularly mouth watering. He has a new book out which chronicles just a part of his angling life, it is only available in his local language at the moment but may be reprinted into English as and when he can find a publisher. He very generously gave me a copy and the pictures throughout are quite stupendous.


To see more of Johnny's photographs and picture accounts of his trips, check out here 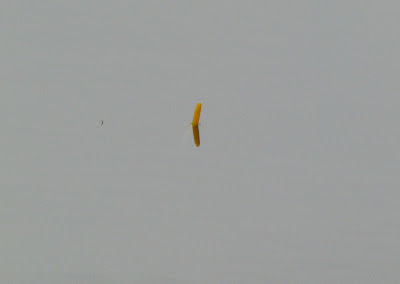 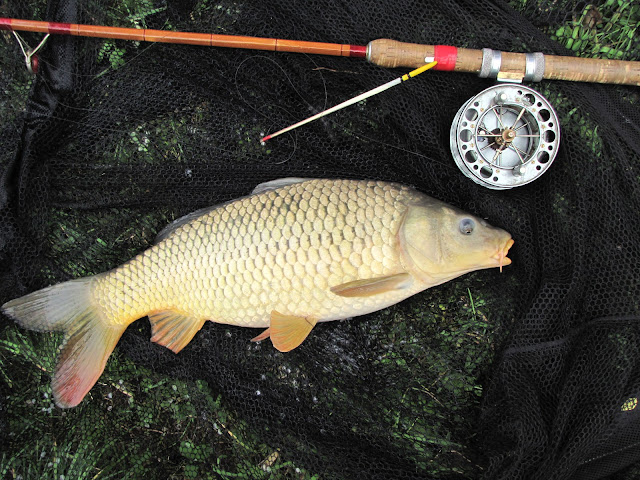