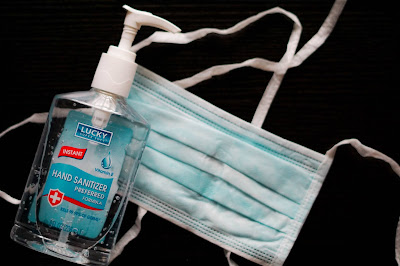 My last blog entry began with a reference to an unfinished quest, a long-standing desire to land a personal best crucian carp. That image and that dream have been haunting me now for some four months. I'd love to report that "Hey, I've been so busy with all these fish, I just haven't had to catch up". Far from it.

My initial enthusiasm was sufficient to get me up and out to a new water, one that held some fine specimens. Neil and I arrived on a blistering hot day (cloud had been forecast), and the surface of the pool was alive with carp of varying sizes. Neil lost all interest in crucians and began plotting the downfall of a basking common or two.

My swim was shady, but it also had tantalising, tiny bubbles popping to the surface here and there. Carefully plumbed, my bait stroked the bottom and I hunched over the rod awaiting action. It wasn't long before the almost imperceptible bobs and dips began - proper Cru behaviour. A slightly more determined dip was met by a twist of the wrist and a lively but small fish shuddered against my will. It was a little common carp.

This went on all day, classic crucian carp bites resulting in little carp. Yes, some of them were beautifully fully scaled mirrors but, they were all peas in a pod. I had one screaming bite but contact was brief and it was obviously a larger carp. 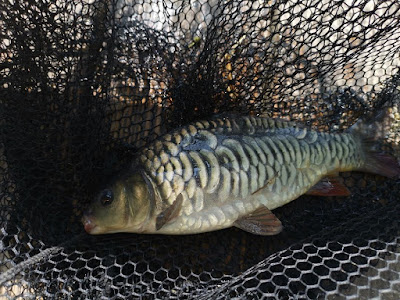 No floating baits were allowed at the venue but, my hotdog sausages when cut into slightly thicker slices, 'floated' in the surface film so, I claimed a technicality and let a piece explore the reed edges. The freebies all went and so did three bits with hooks in them but, and I really don't know why, all three failed to get hooked. I must have been fishing like a muppet.

Neil had a scrappy common, somebody fell or got pushed in, and a chap asked if I could sell him some drugs. Having never taken unprescribed medication and, as far as I know, never having given the appearance of one so inclined, I put it down to him being an idiot. He definitely fished like one. 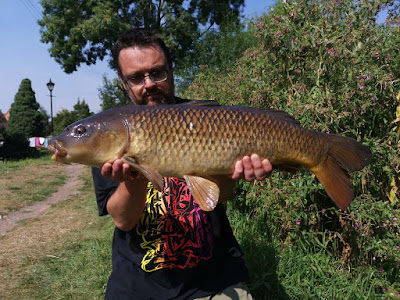 On the advice of regular crucian catchers, I tried Stockton Reservoir. This involved rising at an ungodly hour, driving a long way and arriving at the same time as the local match anglers only to find they had 'pegged' all of the recommended swims. I tried hard and caught just about every species the lake holds apart from.... yes, you've guessed it. I later learned that the very swims I'd been given the tip to fish had not been drawn and I could have..... a pattern is forming.

I fished the river on one of those perfect days, mild, rising river, the swim out of the worse debris... I have had many fish from that spot and was full of confidence. I blanked.

It was all crap. I found myself fishing swims that had either been recommended or where I had a long proven track record and was falling at every hurdle. I hated myself for following others and vowed to plough my own furrow as usual. However, nothing seemed to work and not a single fish of note had visited my landing net. I began to get to me.

I need ambition and a learning curve to climb in order to keep my interest levels up. But I also need the odd hint that I'm heading in the right direction. Maybe that's the 'luck' element of our sport, if so my account was dry.

The second lockdown, crappy weather and a month-long illness that was a bit of a worry at the time, all combined to lower the enthusiasm. But I need something to keep me and my brain active over winter, never more so than this one. My usual winter read fest of fishing books was only going to increase the frustration, so I bought a train set. Go on, get it out of your system, you'd be surprised how many people have them and how many blokes wish they could.

I am now learning. For example, I've learned that my carpentry is below average at best, how modeling looks really easy in an online video but when you try it..... I've learned that getting started with a layout makes fishing look like a cheap pastime and that I am now more reliant on Amazon than I am oxygen. But it is a learning curve to climb and that will be enough to see out the remainder of this bloody awful year and crawl through the mire of 2021 until the vaccine starts doing the rounds.

Roll on next year and renewed hopes and dreams, in the meantime Choo Choo!
Posted by Dave Burr at 12:15 6 comments: