Social Media and an overdue fish.

A few years ago I dipped my toe into the social media world of Facebook. I'd been contacted over that perfectly functional media Email, being told that somebody had sent me a message or some such, on the F site so I signed up. There followed a brief flirtation with a couple of people sending me 'Pokes' every now and then (not that I fully understood what a poke was or how one was supposed to deal with it), whilst the rest of the world seemed to want to befriend me. I left.

But I am not a total Luddite and, after being told by many that "Facebook is where its at", I have resubscribed. After all my latest mobile phone comes pre-loaded with about half a dozen Social Media connection Apps so I deduce that nowadays it may just be as important as I have been led to believe. That was about a fortnight ago.

Well here we are, two weeks on and I am a little wiser. I have amassed a number of 'friends'. They are mainly people I already know and who I communicate with on the quaint old fashion telephone or on the newer and desirable email but I suppose that Facebook will let me see what they are doing on a day to day level with pictures as well as a brief description. Do you know what? I haven't really learned anything of note and that which I have discovered is not exactly going to change my world.

I have also been befriended by a number of other people, these are folk I did not know but they are a friend of a friend so we have, apparently, lots in common and being friends or rather 'friends' with them is in some way advantageous  although I have yet to work out why. Maybe having an extra digit on the number of 'friends' you have gives people some sort of a spiritual lift but its really just an empty notion of friendship isn't it? Some of these people are in different countries so I'm not likely to ring them and ask if they want to pop out for a pint.

I've also been 'told' by the software at Facebook that I may wish to be friends with a number of people who just so happen to have listed a similar interest or some other tenuous link - no thanks.

Then there's the invitation to join some sort of virtual farm - why? Just because half the planet have been gullible enough to invest time and energy into running something that doesn't exist? Ask them to spend half an hour working for charity and you will usually get a short reply but fuss over some virtual drainage issues in the lower field and they are well away. I don't even know the person that keeps inviting me into this vacuous world but he knows someone who knows someone I may know so its alright ...... What a load of bollocks.

Several people have recommended the 'F' site as its a place where you can have an argument "Just like the old days on ..." insert name of site as you wish. I had an agenda in a previous time and used some of my energy to highlight the shortfalls in a certain organisation and some of the misfits that were involved in its running, but that was then and this is now so arguing for the sake of it seems trite and a waste of time. But, when I was told that it was 'kicking off' on somebodies page/site or whatever the term is, like we cannot help but observe other people's tragedy, I decided to go and see what the fuss was about. I couldn't though and do you know why? Because I wasn't friends with the person concerned. I relayed this to a mutual acquaintance and stated that it seemed somehow absurd that you have to be friends with a person in order to try and belittle him in a vicious argument from which a certain pleasure seems to be gained as the fall out from the fracas is observed by friends, friends of friends and ... well, you get the idea. I was told "Its complicated", I think its fucked up.

I'll probably keep my account open for a while but should you ask to be my friend and I say 'No', please don't be offended its just that I don't see the point. 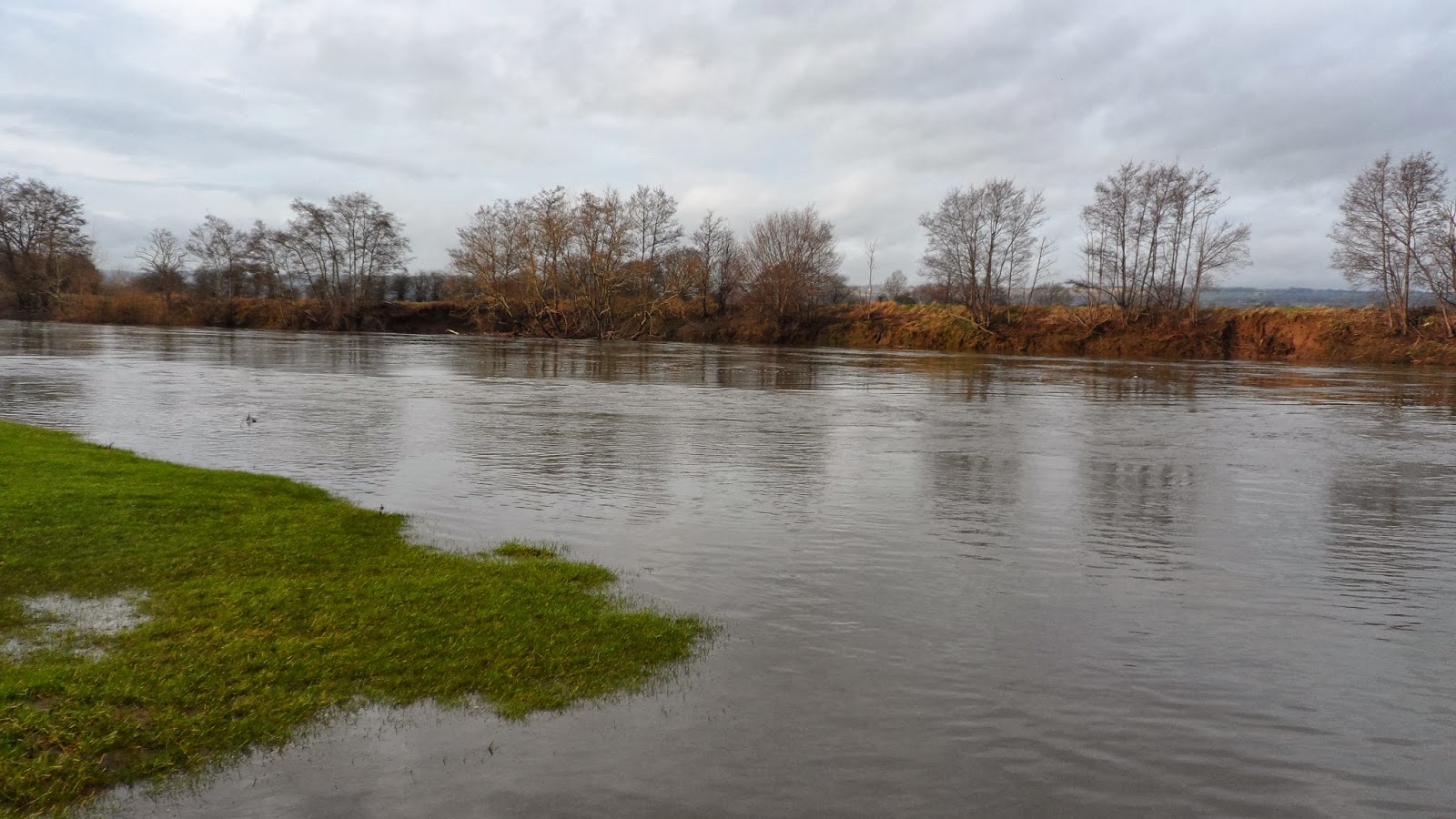 On the fishing front things have been somewhat dormant for a few weeks. When I have felt like going the river, obviously eager to reacquaint itself with a regular customer, has come part way to meet me and has leapt joyously out of it's banks thus making any attempt to fish it too difficult and dangerous to pursue. Desperate to put a bend in a rod I did drive 25 miles to a carp water that gave me some sport in the summer but, on arriving, I found the gate locked. I assume that during the winter they do this so that when you ring for the combination lock number, they know to come and collect your fee and this avoids unnecessary trips to the water. All well and good but, for the first time in ages, I had forgotten my phone so turned around and drove 25 miles home.

But today I was successful in that the river was just inside the banks, the rain held off and I could face the long trudge from the car park to the swim I'd earmarked. The water was calm as predicted on the inside of the bend and a shoo-in for a chub or two. I threaded the line through my Floatcaster for the first time and lobbed a piece of cheese paste out onto a shallow area that is a grassy bank in the summer.

I sat back and flicked three or four small balls of loose feed around the swim and pondered on which spot looked best to concentrate on. I did this before setting up of course but I always find that a swim takes on a more detailed form once the anticipation of that first cast has subsided. I was rudely shocked into action by a shaking rod, it had taken no more than three minutes and my new rod was arced in a battle curve. It fought really well and I was well pleased with a fat chub of 4lb 12oz so soon in the session.

When I get instant action I am rarely eager to get the bait back in as I have found that too much too soon can kill a swim. I put some more loose feed out, had a coffee then cast again and soon had another bite but this time I hooked into the grass bank instead of the fish.

That was it, despite trying several spots I failed to get another touch although I didn't really stay too long. I thoroughly enjoyed myself today as the river thundered past and I was constantly amazed by the amount of bank that cascaded into the depths opposite me. I was fully expecting the tree next to the avalanche to tumble into the drink but it remains, its existence a little more tenuous and its future inevitable. 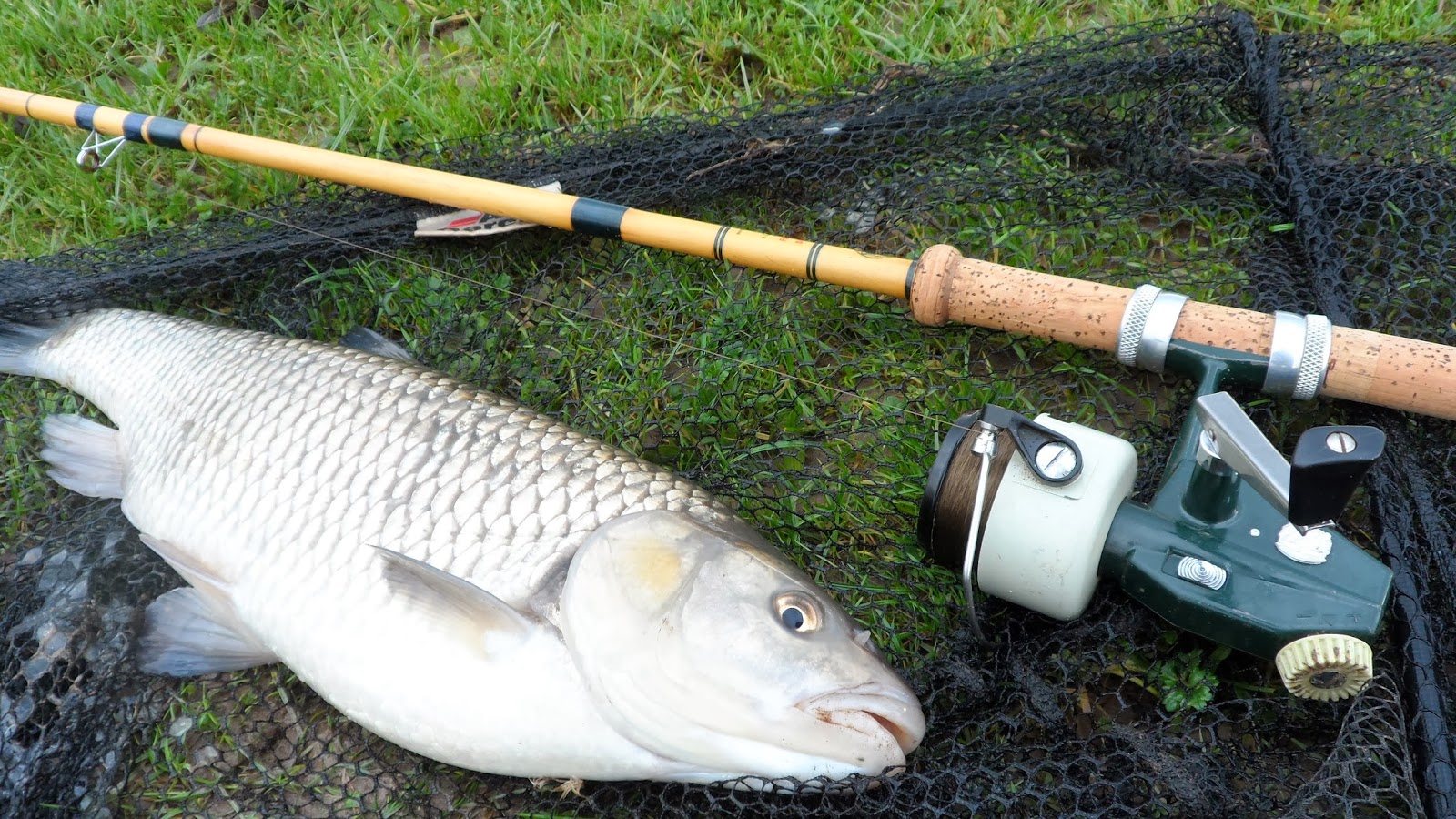