A dog barked incessantly and a donkey occasionally joined in with some mighty braying. Yup, I was in France and these are the background noises of most fishing spots in this amazing country.

I booked the lake six months before and the remaining three of the wandering carpers had been plotting, planning and building supplies throughout. It was a thrill to get away again after a five year gap, a period that saw many changes in each of our lives. This was a trip that we needed as much as we wanted. 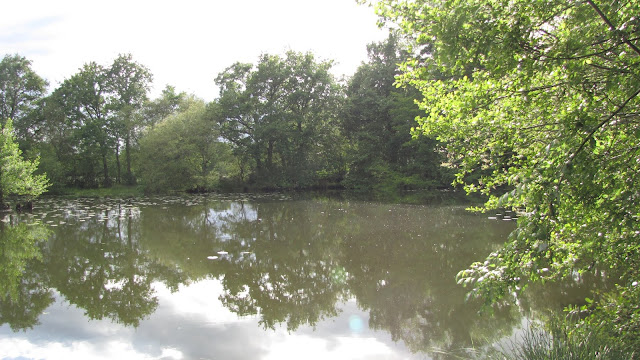 Being France plan A was rejected within minutes of reaching the lake. The fish were in the process of a long slow spawning in the lily beds. Lake maintenance meant the top shallows were temporarily dammed off (something I hadn't been told), which we think, prevented the circulation of fish and access to shallows for spawning. Instead they hung about in the weeds all day and most of the night. Hey ho, plan B was broken out and I had the end swim in the deepest (under 6') water. Neil to my left in the sexiest swim and Phil flitting from pillar to post searching for fish and trying to avoid ants that seemed to find his sleeping bag, clothes and bodily crevices a comfy place to live.

Night one and Neil had a 31lb mirror. He was so confident of the week he didn't even wake me for photo's. I was tired and aching and didn't even cast out on the first night but was active and successful next day with a 26lb common. Then it got difficult. 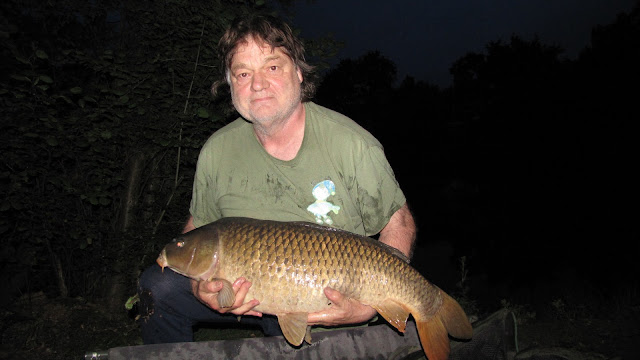 We worked hard - well, Neil and Phil did. I was confident that my swim would produce and stuck at it and eventually got number two a mirror of over 37lbs. I let Phil have my pitch and had a strong feeling that he would take a big fish from it. He too was certain his efforts would be rewarded - sometimes you just 'know'. 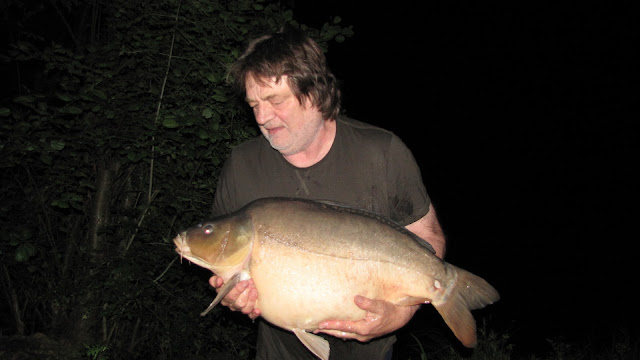 The evening after my move (into one of Phil's many swims), we sat chatting, swapping stories mainly about Bunny and drinking wine. I was suddenly aware that my pocket was flashing and bleeping and was forced to run or rather do my impression of a fat old bloke waddling a tad quicker than usual. It was the only capture shared by all of us as Phil arrived saying "Are you in.... is he in..... are you in? To which Neil and I shouted "YES". I think the wine may have had something to do with it.

I played and landed my first ever grass carp at a whopping 36lbs. I was over the moon new species, personal best and all that. We all laughed a lot and settled for the night. 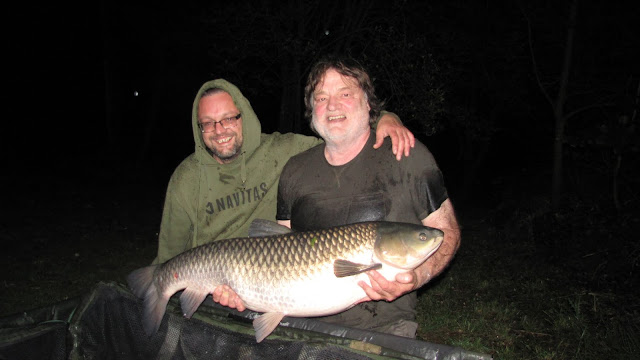 A couple of hours later an agitated Phil was outside my bivvy talking about "Huge" and "Monster" before running back to his swim. As I approached he hugged me and said "This one is for Dad". Yes, he had landed the fish we were expecting.

He opened the landing net and there it was - all 48lbs (exactly) of common carp. My god what a specimen. Many pictures - elation and friendly piss taking followed until it was slipped back. Phil then declared that after the absolute shit he had been through over the last few years that saw him amongst other things lose both parents and his sister in less than a year, this was a turning point and he shamelessly wept. He was right, we had all shared difficulties that had affected us jointly and separately over the previous years and Phil had even lost his carp mojo. Here we has a pivotal moment that seemed to expunge the trials of that time and to create a line for the future to run from. It was emotion charged and we all felt eternally bonded by that capture. 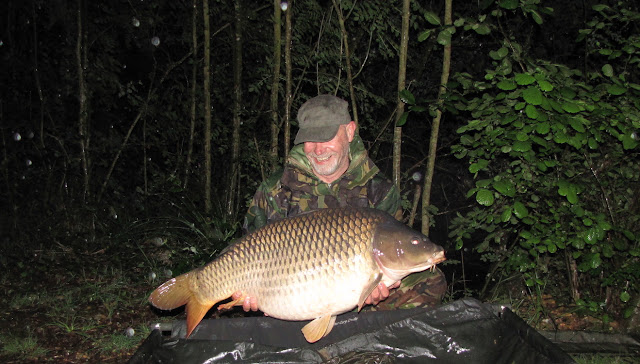 And that was it. despite every effort by us, the change of weather from really hot to cloudy but warm and finally rain falling like stair rods and a wind that ripped most of my pegs out and moved my bivvy back by over a foot whilst I hung on for dear life. We were fortunate that it was a fine morning to pack up and cram the mountain of gear into my car. 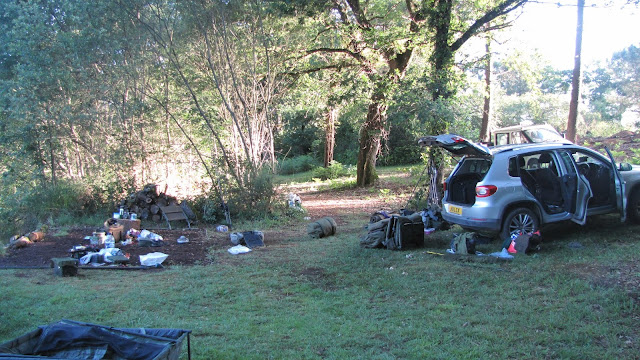 Looking back at the lake we all felt that we had been victims of circumstance and had not sampled it's true potential. At just five acres it is a beautiful water that contains fish to over fifty pounds but manages to retain an air of secrecy and a demand for a thoughtful approach to the fishing. I think we'd all like to return one day a have another go. Without tempting fate I reckon we would never find it quite so challenging again and that excites me. 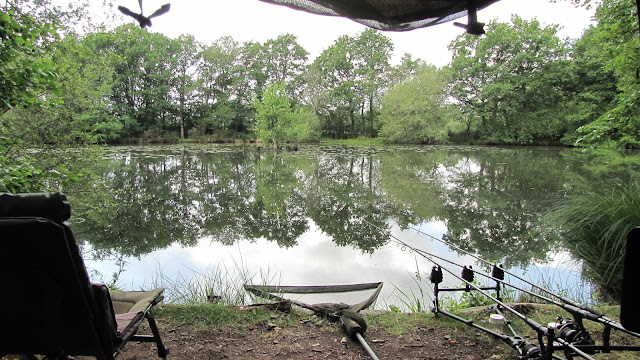