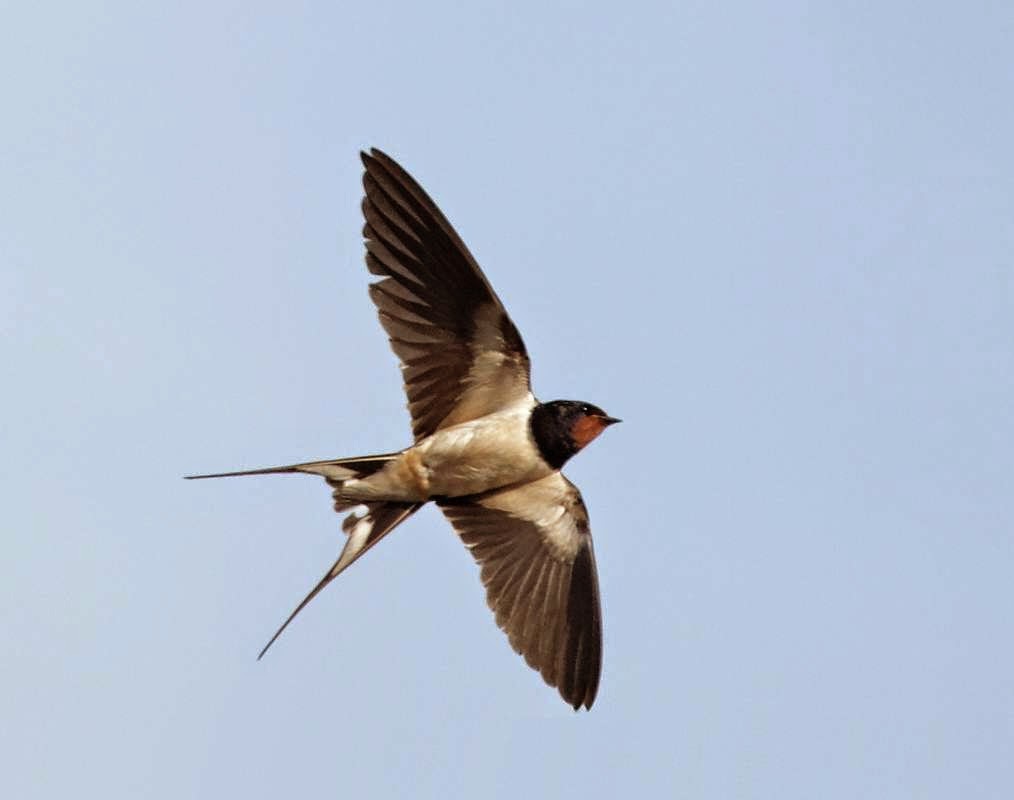 The week started with me investigating the mass calls of birds as I walked the dog to the edge of the village. At first I assumed it was starlings yet they lacked the harshness and, although it sounded like a roosting call to me, the sound was hard to pin point. That was until I reached the edge of a large field and spotted what can only be described as a swarm of swallows.

This is the time of year when they tend to gather on the wires and chatter away, doubtless discussing their long journey ahead but here, above and around me was at the very minimum a thousand swallows, probably considerably more, wheeling in groups then gathering into one enormous flock as they circled the field.

I went back the next day and they were there again. I waited until darkness fell and they eventually fell silent, possibly roosting in a maize field beyond as they certainly didn't appear on the power lines. It was an amazing spectacle, if only I had a camera that could have done it justice.

And so to a gathering of a few 'Traditional Anglers' from the Traditional Fisherman's Forum. There is a broad definition of 'traditional' but split cane is usually the weapon of choice and, with the river being so low, there was no need for big weights and more sensitive fishing was easily possible.

I began by arriving at the river during a downpour. I slid into a swim and fought gamely with an old brolly to try to release the extending pole which flatly refused to budge. I could have used a decent brolly of even a shelter but I had annoyingly left them behind. Anyway, I opted to thrust the rusted and stuck pole as deep as possible into the moist soil. In doing so the inner pole slid up into the other and that, I am sure, is where it will stay for all eternity.

Ah well, the rain had eased. Next job, put up the landing n et.... bugger! The top part came detached and the head fell to the floor and was covered by a shower of expletives. But Superglue sorted that one.

An hour later, tired, moody and broken I went home for some rest. I have bad days when my body makes everything difficult and fatigue addles my brain and no matter how much I wanted to be here for the guys arriving, I just had to have some sleep before I tried again later. 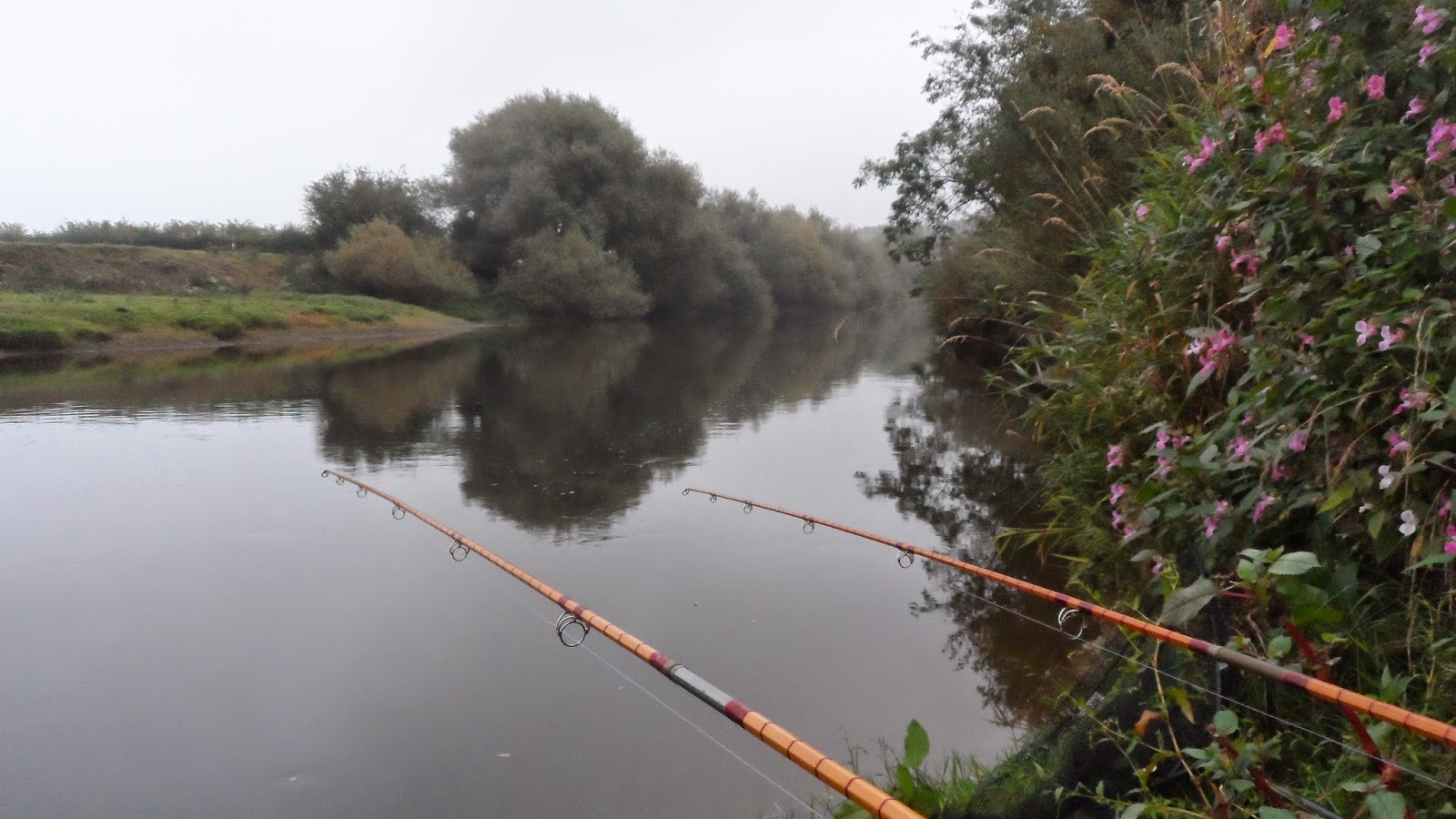 In the evening I had a mooch around then slumped into a swim that despite its previous track record, has failed to produce a barbel to me over the last year or so. I put a shaved boilie (very traditional) and pva bag to the top of the swim with a small piece of meat farther down. I sat back and enjoyed the evening.

The dusk seemed to go on and on. Darkness refused to come and I was quite content waiting and watching the world go by. A modest chub lunged at the meat and eventually, the top rod bounced and I was into a barbel that scrapped hard in the fast water. Nothing massive, just an average seven pounder but a very welcome fish. 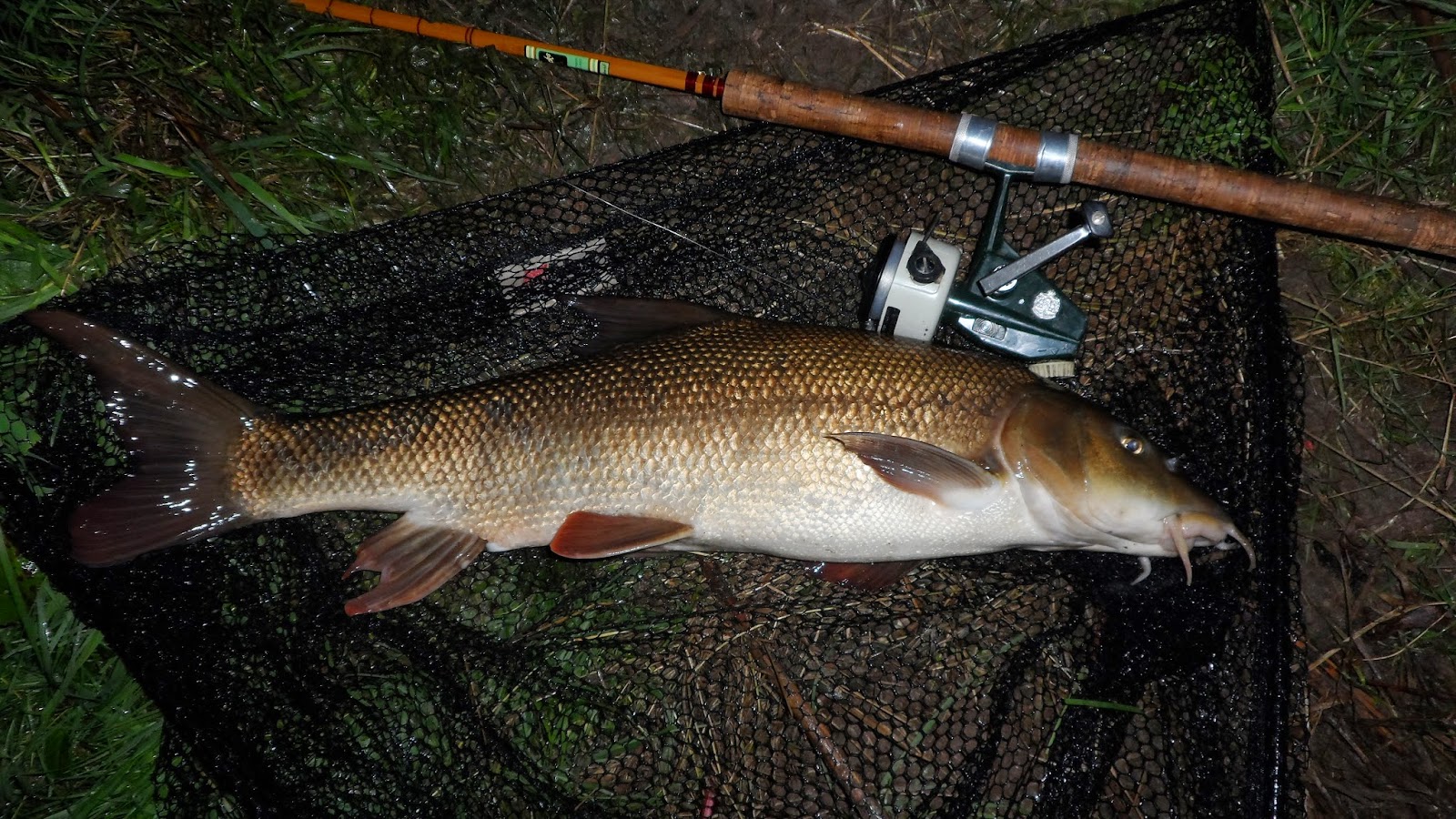 We got together in the pub and it was apparent that the fishing had been tough. A week ago ...... well, its the usual tale, but now it was hard work. Not to worry, I gave people contingency plans and tried again the next day. Only I didn't. I drove around the fishery and met up with the guys, all of who'm were struggling, the sloped off for more rest for the evening again.

When I returned at about 3.30, I nipped into a spot where you can sometimes spot a fish or two. Joy of joys there were some barbel and the odd chub in residence and they were straight on to my bait of small pellets and 10mm boilies. It wasn't a place where I could take a guest and, to be honest, I'd have had to cross umpteen fields and negotiate all those gates to have got somebody down to the fish. That seemed like too much effort. I decided to have a go myself.

Brian Clough used to say "It only takes a second to score a goal". Its not entirely accurate but likewise, it only takes a minute to catch a fish, if you ignore the years of knowledge needed, the finding of those fish and the pre-feeding to get them ready.......

I spent maybe fifteen or twenty minutes creeping around the fish to find the best angle of attack. They had a tangle of roots in one direction and a sunken tree in another. It seemed that no matter where I positioned myself, the fish had a damned good chance of snagging me and escape. The bank was high with bushes making movement difficult but I opted for the 'from above' and gently lobbed a little pva bag of goodies into the flow letting the lead come to rest against a bed of streamer weed. I put the rod on a rest, took a handful of pellets and sprinkled them upstream of my bait. Next, I reached for a few boilies but dropped them as the reel clicked and I lifted into a barbel. Cast to strike - maybe thirty seconds? At tops a minute.

The fish was confused by the near vertical resistance and just flapped about for a while. This was perfect for me as it never got up a head of steam in any one direction. When it did finally try to snag me I had the beating of it and it was unceremoniously hauled upstream to where I could scramble to a ledge and net it.

On a day when most were expecting one or two barbel bites in a ten hour session I had fished for a minute and caught one. I felt quite chuffed but also a little guilty. Well - for just a minute. 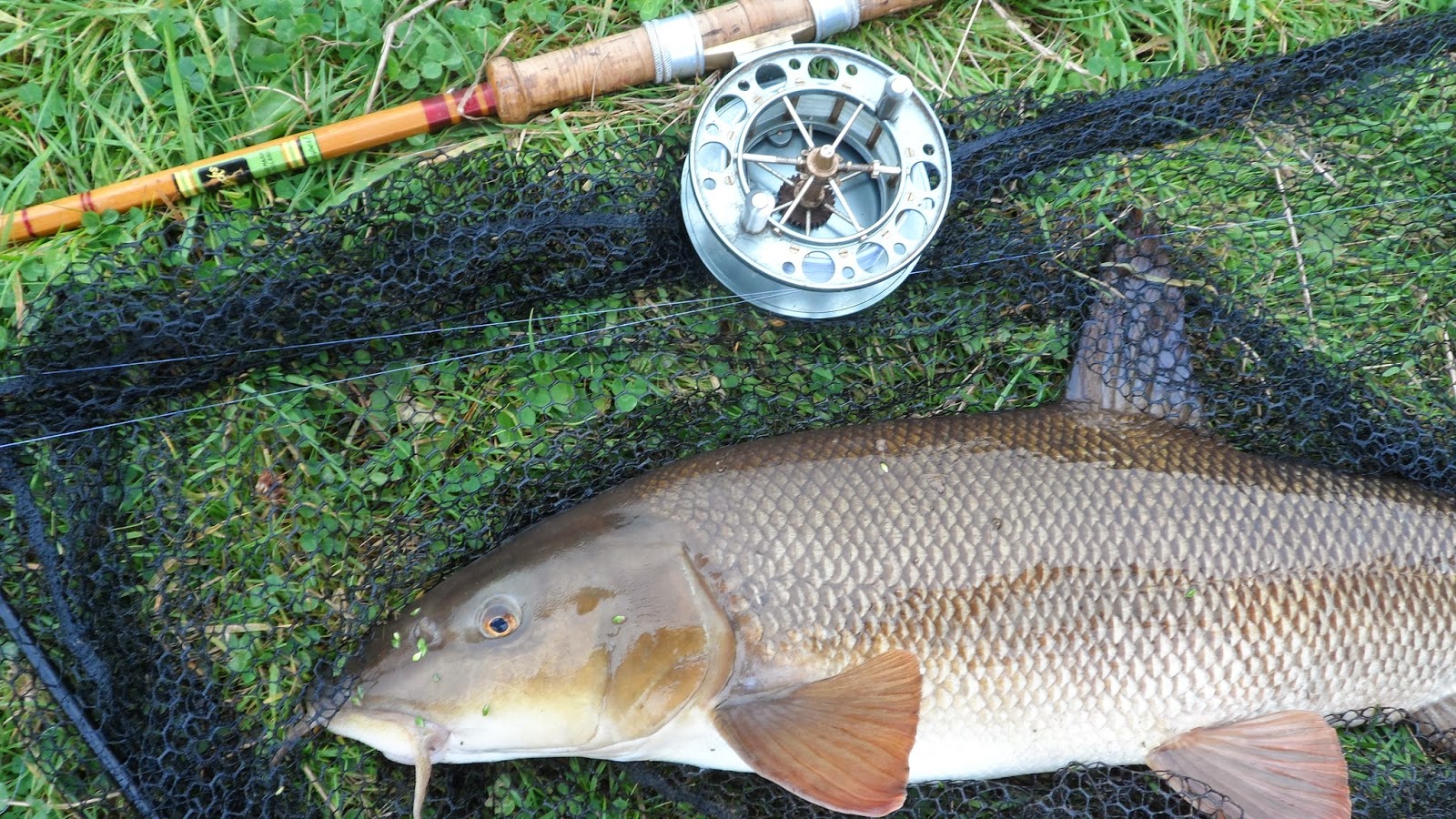