I was woken by the 'plink' of a bite indicator reluctantly releasing it's grip followed by a light fizz as the bait runner yielded a foot or so of Berkley Connect. I was at the rod in a moment and soon landed a small but scrappy common. The fish was quickly released and the rod put back on the pod - without recasting.

That was at 4am. I lay there wondering how I'd managed to leave the alarm switched off but just put it down to my idiocy and the unusual mood I'd been in the previous day.

It was a trip I'd been looking forward to. The trials of a week in France had only served to fuel my enthusiasm to catch on my home water. A few days in Dorset in the caravan (yes, I'm that old) and freedom was mine but my head wasn't quite right and I was in some sort of a fug of apathy and indecision. Sorting my gear and loading up the car took longer than for my week away and I still managed to forget several semi-important things. I did consider loading my 3lb test rods for the big chuck at the wide end of the lake to a point where I just know is going to produce for me but, in the confusion that is my tackle room, I could not place them so I shrugged and figured the narrows had always done me well at this time of year. Big mistake.

At the lake the wind barely rippled 20% of it's surface but it was heading away from my chosen spot. No matter, something crashed out in the bay at my end so I figured I could still tempt a lump or two my way. Another member had just set up in the area I'd considered and told me of the amount of fish he'd seen cruising about, sowing the seeds of doubt into my addled brain.

I'd mistakenly brought my two-man bivvy but squeezed it onto a one-man ledge. I drove around and baited from the opposite bank as the spod-rod was one of those items sat moping at home having missed it's trip to the outdoors. So too was some of my bait but I figured I had enough.... just.

I sat back on my chair, tired but happy to be fishing. The chair collapsed. A missing nut was lost somewhere in the long grass so I had only the bedchair to rest on. I lay on the bed and promptly fell asleep.

At 10:30 pm I reeled in and slept the night away until 5:30 when I cast my two rods back to their spots. I felt better for the rest and was soon landing a pretty little linear that one day will be one of the stars of the lake.

I spent the day absorbing the warm atmosphere of an early summer in full bloom. A symphony of greens and blue above but with less bird species than usual, where are the warblers?

After my little common I had a very stocky fish of about 16-18lbs. It was hard to guesstimate as it was short, wide and solid. It lay on my unhooking cradle with every fin erect and it's mouth open, it seemed shocked by the entire episode and I guess it hasn't seen the bank very often, if at all. Another common closed the session and I felt purged somehow.

I reluctantly packed and spoke to the chap fishing where I might well have done. He'd had ten fish with at least six or was it seven going over 20lbs. The best of which I had previously nipped to his pitch to photograph, went 32 and a bit. But it didn't matter. I had a rest and a few bites, he was up all hours weight lifting. I'll be a bit more inclined that way for my next trip..... possibly.


In between my woeful attempts at fishing and soaking up the atmosphere I read a book - Fingers in the Sparkle Jar by Chris Packham. It's breathtaking. A deep revelation into the world of youth, isolation and mental health set against an obsessive interest in wildlife. I recognised my youthful self in the obsession with all things natural but never on this level however, knowing someone with Aspergers I could relate to much of what was happening at the core of the tale and how poorly such conditions were viewed until recent times. It is spell binding, beautifully crafted and has left a deep impression on me. 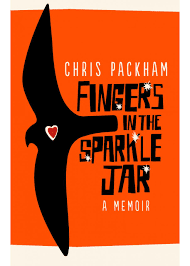