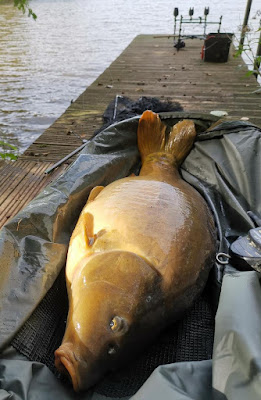 Anyway, that was it. I sorted out a cats cradle of lines and was soon back fishing again. However, this time I was spared the indignation of losing fish and recorded just the one bite.
Posted by Dave Burr at 17:46