Not the Sugar Hill Gang of course but more of the birds in a bit.

It's been a chubby start to the season. My opening day jaunt saw me trotting corn and catching stacks of small chub up to a couple of pounds. That most were just a few ounces was immaterial, I was more than content stood in the flow and watching a float disappear on almost every trot.

On Tuesday of this week Chris came over for a visit - well you can now can't you. He's been excited at locating a Hobby that found a partner and they are now brooding. A trip over to see them is in the offing. I, in exchange, have been telling Chris about our Red Kite that has taken food off the kitchen roof and, being a very accomplished and eager photographer, Chris wanted to take some shots.

In the mean time Mr Kite has drawn the attention of a number of gulls that try to mug him of his food. One of these seaside interlopers has also learned that the Kite circling our house means a free meal of day-old chicks. My attempts at trail-cam photography has succeeded only in Herring Gull action.

I digress, birds were seen and pictures taken and then we fished. I had a few chub to about 4lb, Chris faffed about for small chub and photographed many things, including me. 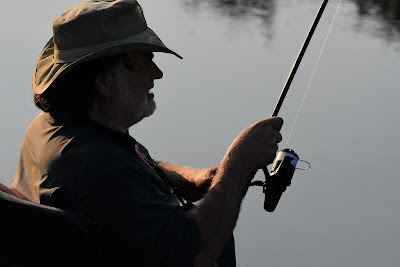 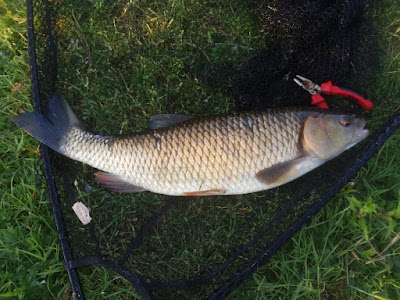 Next day I was back and had a few more chub to over 4lbs. It was very pleasant being by the river in the evening and doubly so after so many days stuck in the house.

The birds - well, Chris got some great shots of the Kite which, when you consider they were taken from my back garden, are brilliant. Once they were securely sat on his SSD card, we headed off in search of Peregrine Falcons. Chris became very excited.

There's an area I know of where Peregrines have nested on all but one of the last twenty years. Sightings at this time of year are all but guaranteed but we hit something of a jackpot. As we approached so an adult noisily left the nest, then the second. We set ourselves down for a wait to see if there would be a feeding run in the near future.

As we sat I scanned the rocks and trees above and spotted a juvenile that was almost fully fledged. It was sat sunning itself and doing the occasional wing stretch. A little later I found a second juvenile some way from the first, then an adult returned and perched above the two. Pretty soon they were all asleep. Lunch time.

After a sandwich in the shade of an oak tree, Chris headed back carrying his mega lens that's about the size of a bazooka. I wandered off to another beat to check of the swim I fancied was free. On my return I could see that Chris was getting a display as an adult had coaxed one of the young 'uns off the cliff and was giving it a flying lesson. It was breath taking. I was soon back by his side and we witnessed that bird possibly making its maiden flight. Four peregrines is more than anybody can ask for and Chris must have got blisters on his shutter finger. We even had a group of young Mandarin ducks pass on single file along the far bank and later Ch saw his first Green Sandpiper too, a great day all around.

Okay, it's time to unveil some of his pictures. They're not bad but I recon my camera phone would have done just as well. 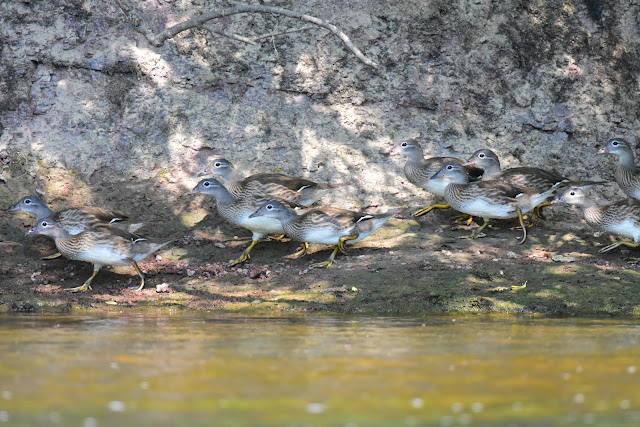 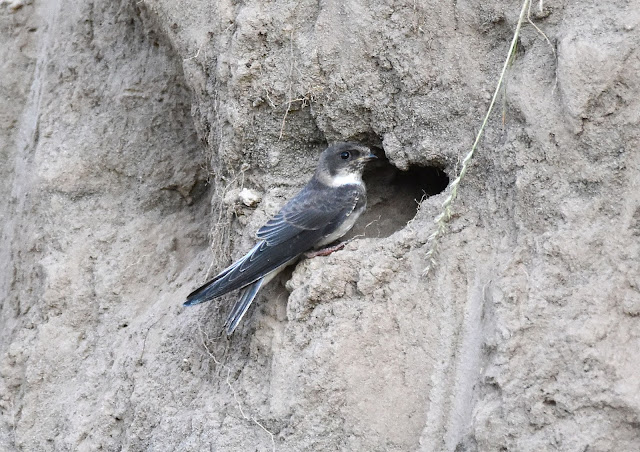 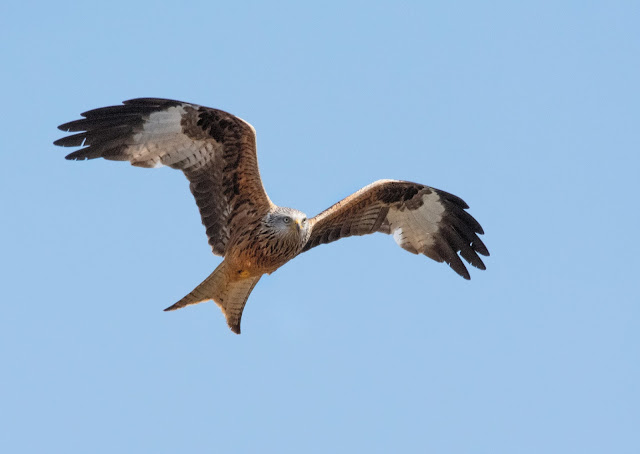 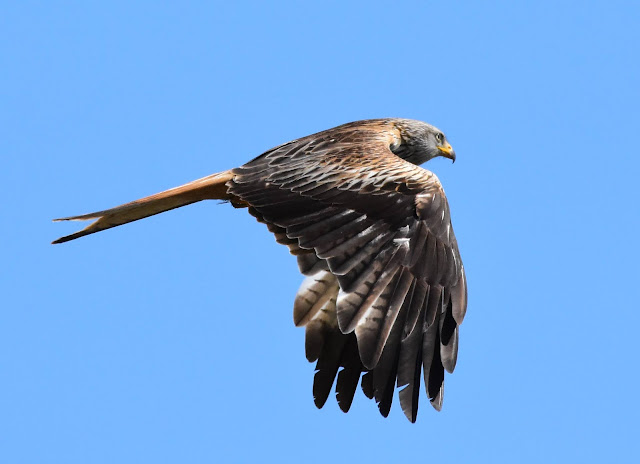