Advice for travelling abroad to fish - "Take duct tape and an open mind".


On arriving next to the river Lot at 4.30 am our tired eyes were met with the worse sight we could have imagined, flood! The winter long drought had come to a violent and conclusive end with heavy rain and snow in the hills. Neil and I tried for a few hours before retreating ahead of a storm. 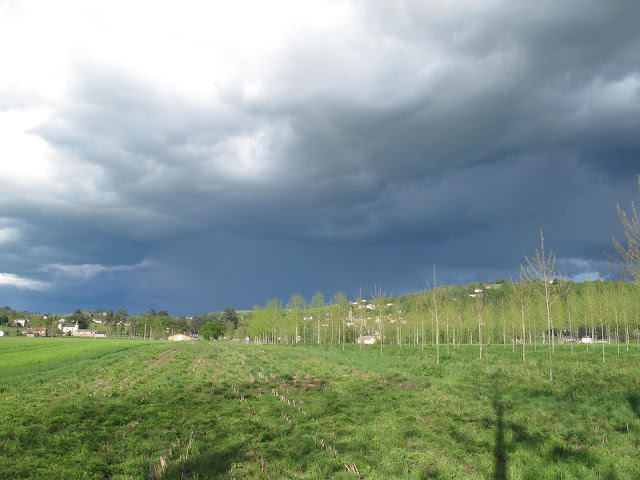 We had a cabin booked for just such eventualities and hunkered down to catch up on much needed sleep.

Next day we were joined by the Bunyans and the reality of our plight was quite apparent, we were not going to be able to fish our chosen river. We set off to find an alternative with plenty of delays for these.... 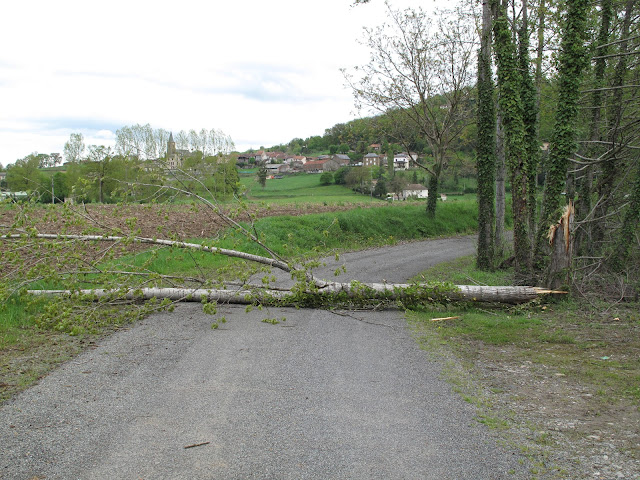 We visited an upland lake that was obviously too cold but it was worth a try. A stunning place with potential but casting into 75' of water is no good when its cold and the 'acceptable' 20-30' zone was quite narrow and in our case, devoid of feeding fish. 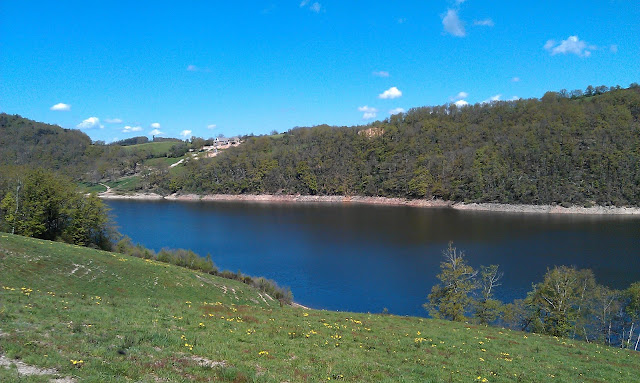 Neil and I sought the aid of Chris Blake. Chris and I used to fish the Bristol Avon together but nowadays he lives in deepest France and catches more than his share of big carp. His local knowledge was invaluable as we had taken half a day just driving in search of a lake advertised in the area's fishing brochure. We never did find it but we saw some stunning scenery along the way. 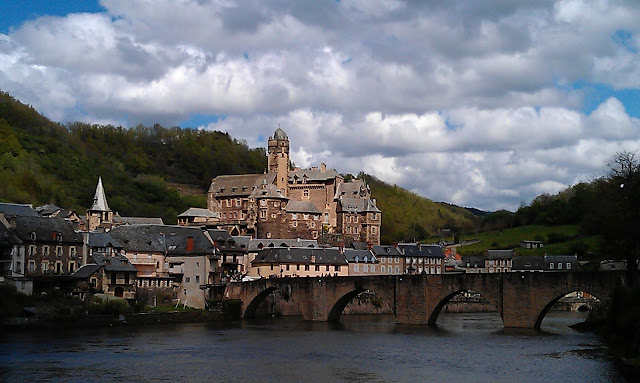 We eventually settled on a large gravel pit. The advice was to feed heavily as the mass of small (up to 20lb), carp would settle on the bait after a day or so and, if you plugged away, the bigger fish would muscle them out and anything up to 50lb was possible - what could possibly go wrong? 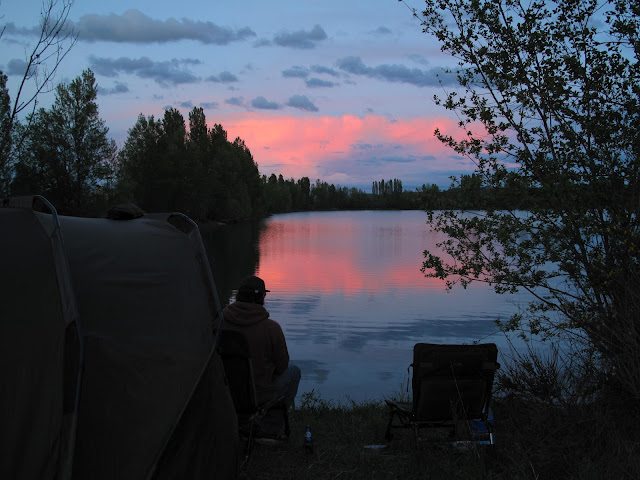 We found some fish rolling in a corner and quickly put a couple of rods out with just a few samples in a pva bag, it was then time to throw the bivvy together as yet another storm threatened. My rig was, shall we say - colourful. I wanted to grab the attention of any passing fish..... 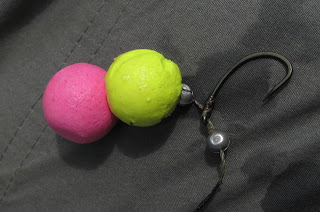 It worked after less than an hour... 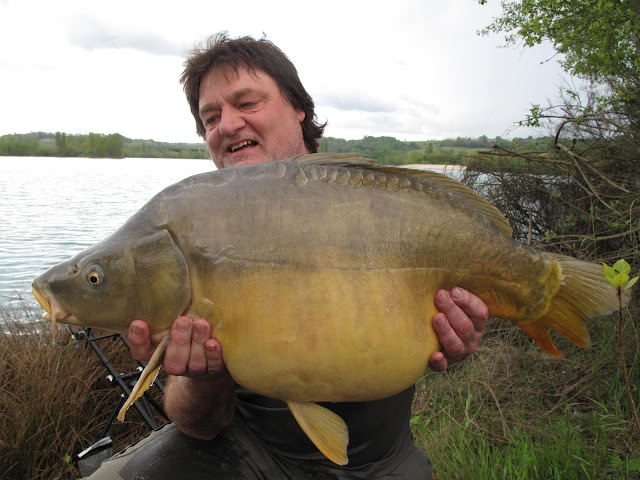 30lb 8oz and I was convinced that I'd caught the biggest fish in the area - however, we soon discovered that there had been a very large fish kill and literally tons of small carp had been removed. As it happened I had actually caught one of the smaller residents! Funny how perspective can alter so quickly although I was no less pleased with my fish.

The conditions changed, the lake got busy due to the Public Holiday weekend (all the shops shut which can be a nuisance when you've no food or water), and no more fish appeared. We had gone to France to fish rivers so we moved again, this time to a small tributary where the flow is always manageable and the fish rarely see an angler's bait as they quietly grow to some very large proportions. It seemed a bit like going to the ridiculous after the sublime as we changed tactics from long range baiting and fishing to an underhand lob to the far bank. Altered prospective again. 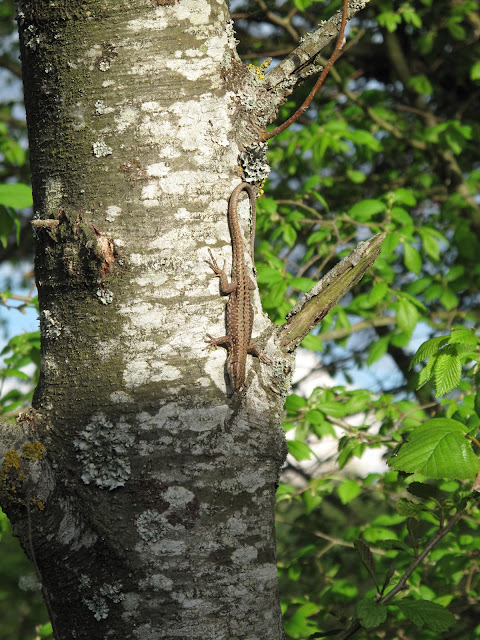 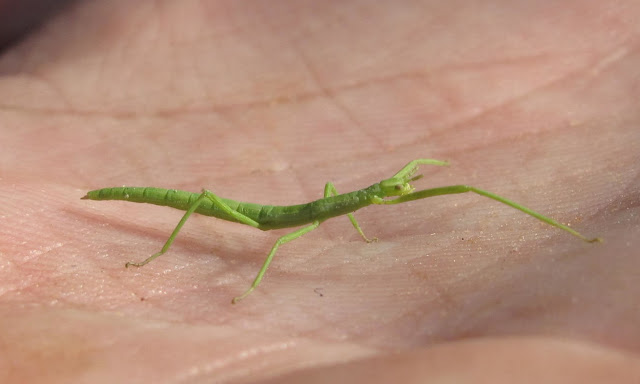 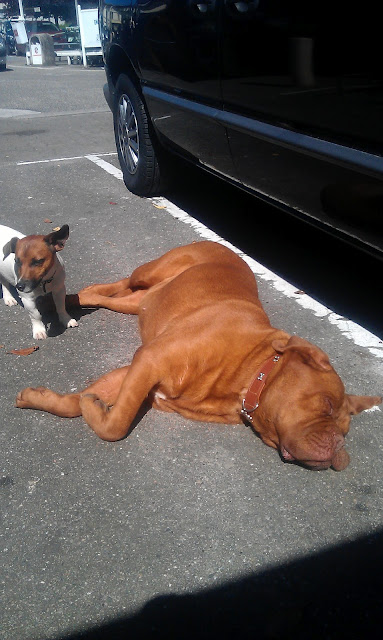 The large snake that passed between Neil's rods was a shock as was the rotten so and so that sneaked up on him later and hissed loudly as he dozed :-)

We slowly adapted to the pace of the river and the beautiful rural scenery, the days became timeless, we ate when we were hungry, slept when tired and absorbed the sunlight that became hotter day by day. The bird life accepted us as part of their world and we became content.

There were disasters that tested the patience, Neil had both reel handles break on successive fish and both were lost! He ended up using one of my reels and his centre pin...... and swearing a lot. We also had the cork screw fall apart which made me swear but a little ingenuity overcame that potential disaster - phew!

And we caught a few, nothing huge, the best fell a few ounces short of 20lbs but each fish was almost certainly given its first view of the bank, all fought like crazy and the big ones? Well, there's always next time. 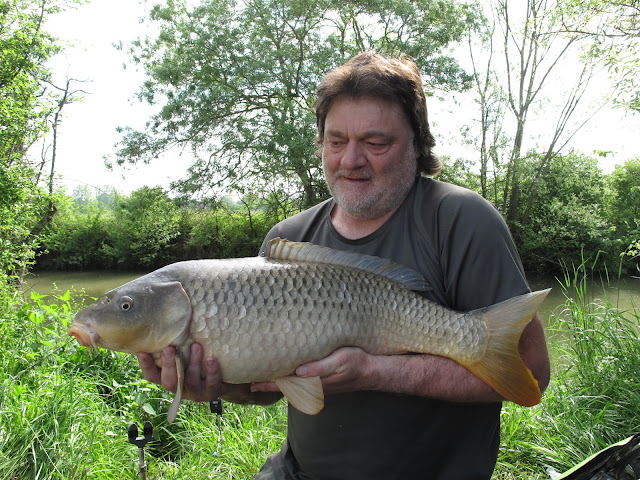 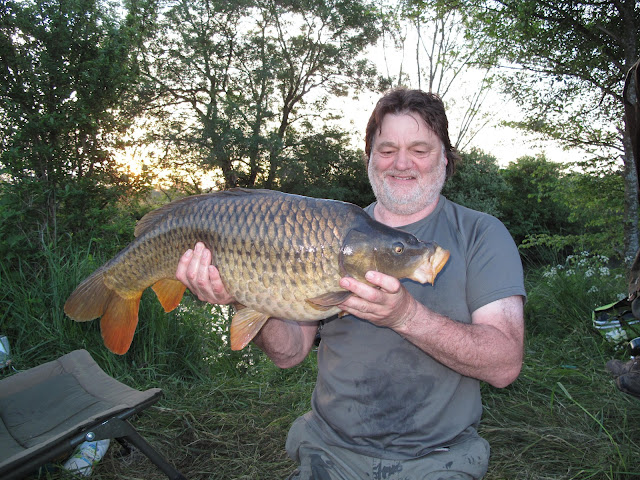 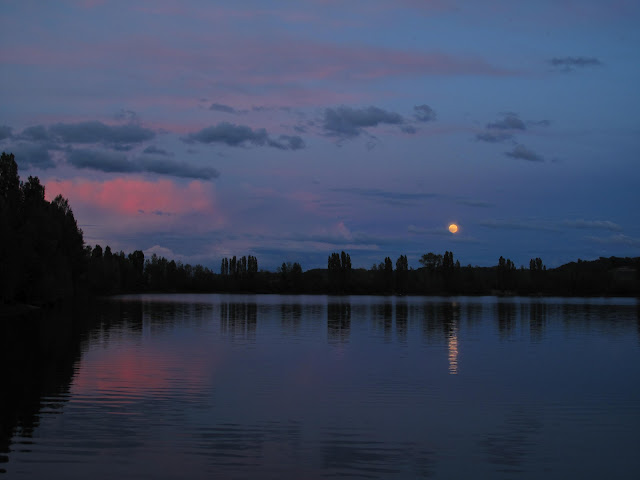