Is it really six wholes weeks since I last wet a line? Its been a patchy season to say the least but today at last, I was able to get out. I had planed to visit the Vintage Tackle Fair at Redditch to catch up with some mates rather than go bargain hunting but, with a break in the weather, the river at a nice hight and a deep, deep yearning to get to the water's edge, a decision was made.

As I approached the Wye I saw flocks of Fieldfares sweeping over the orchards as a light rain fell through a lifting mist - chub time. I headed for a favoured chub hole whilst Neil went off in search of a barbel. Then the rain got harder. I was well equipped and parked with a minimal walk (quite deliberately), to my swim. Poor Neil had shunned wet weather gear as the sun had earlier shone and arrived after his long trek with wet trousers and a dour attitude to life in general.

I introduced samples of meat and cheese paste and varied my end gear to explore the crease along which I was fishing. I found that allowing the lead to roll merely found slack water full of leaves so settled on a bit more weight and fished on the crease. It was slow going but a few knocks from small stuff kept me alert. I hit one determined pull and landed a gudgeon hooked in the cheek.

The rain came and went then, as the light started to fail and as I spoke to Neil on the phone, I had a solid pull which I managed to completely miss. I cursed and Neil laughed. A couple of minutes he too had a bite only he hit his, a small chub preventing his potential blank.

The jackdaws noisily found their roost whilst the ravens gave a more solemn call as they drifted overhead. It had been a busy afternoon of bird life with long tailed tits, kingfisher, buzzards, flocks of finches and, as time progressed, an owl. Every call vivid in an environment free of the sounds of modern life and amplified by the still conditions. 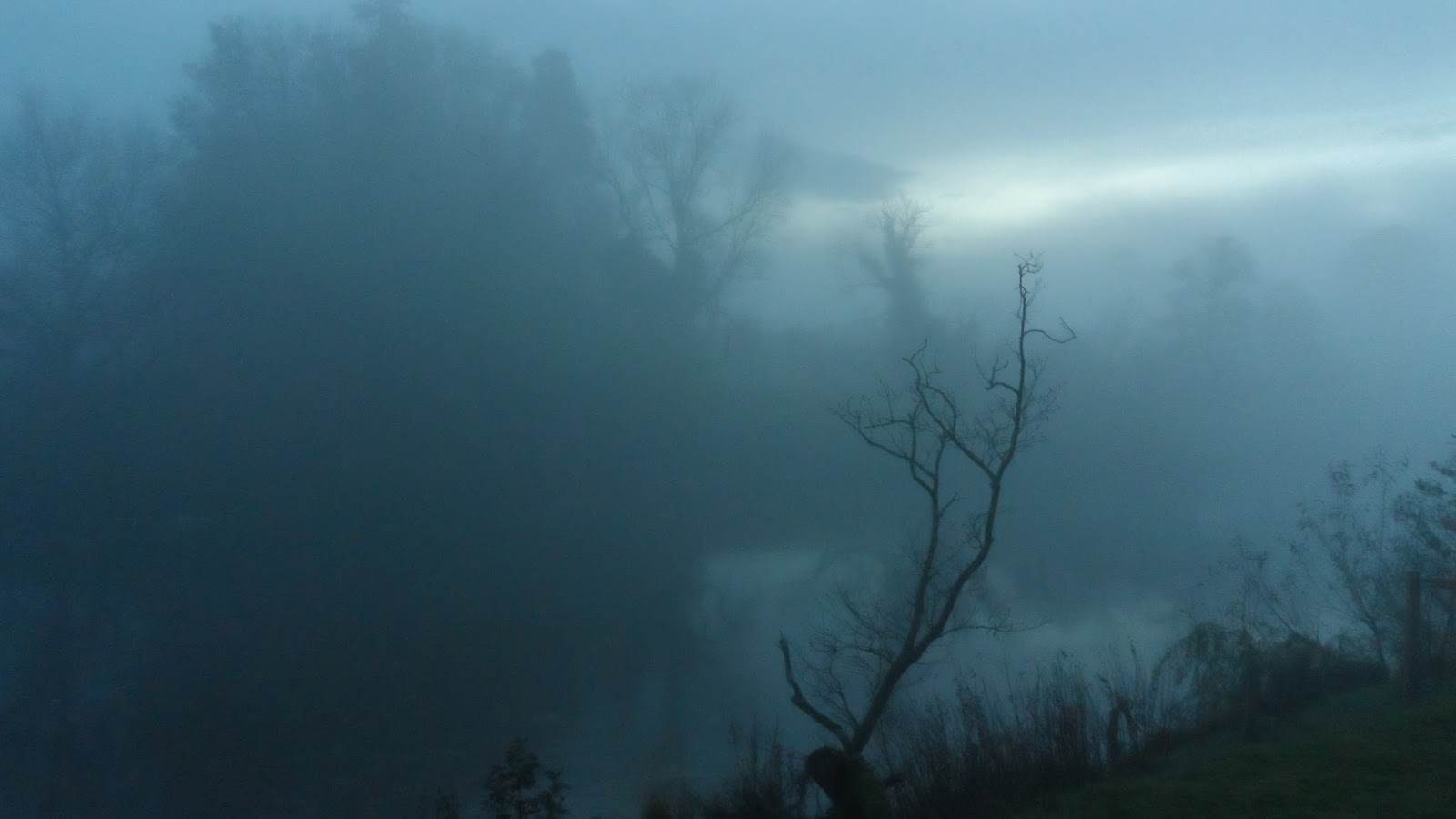 By now I was using meat as the small fish were getting through the soft paste too easily. Having missed the previous bite I was now fishing it on a hair with a paste bobbin hanging from the line between the first and second rings. The current surged at times, lifting then lowering the bobbin. A swan had the same effect and received a sharp rebuke from yours truly and it eventually left me in piece.

The light was failing and the mist rose bringing a chill with it. Neil had headed for home but I was certain I'd get one eventually and I did. A steady lift of the bobbin, a gentle strike and I said out loud "That'll do". It was only a little one of barely two pounds but it brought me a huge amount of relief and pleasure. 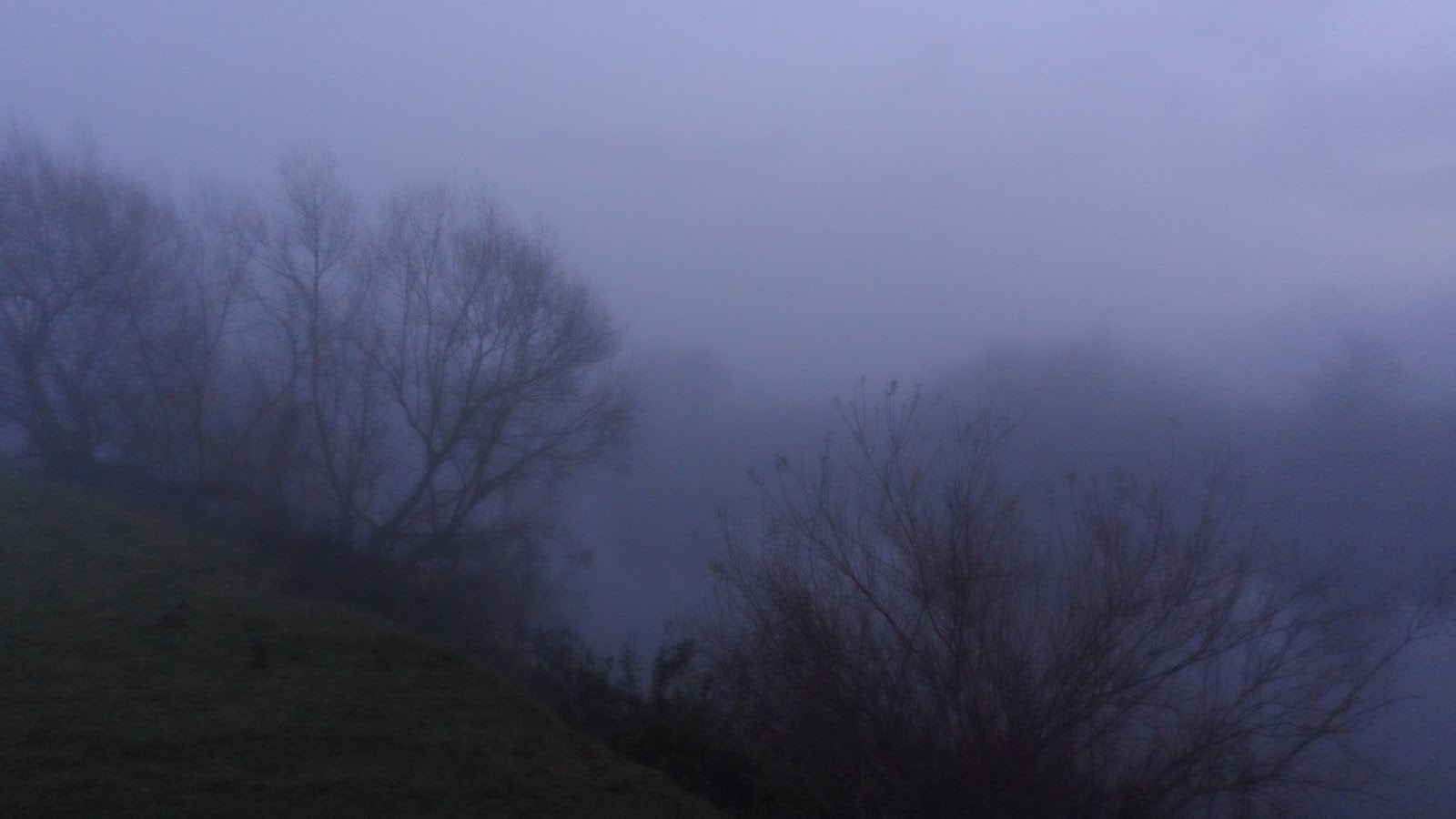