Plan 'B' and the wonders of cheese paste.

With mild air, little wind and the threat of a downturn in temperatures in the offing I was eager to get some high water fishing done.

Its a wonderful way to spend a few hours, sat next to a raging torrent but fishing those little slacks where an ounce or two of lead is holding nicely and where the fish are packed tight together just queueing up for lumps of meat or cheese paste. Its generally the chub that oblige as the barbel are out in the middle happily feeding as a Generation Game conveyer belt of trees, fence posts and dead sheep pass. In the past I've had chub feeding on the grassy ledges beside me in a foot or so of water and to lift a fish from such a maelstrom is always pleasurable. Let me at it....

Ooer! Letton road was closed, a sign that the river has burst its banks. Never mind, it may have passed and I may have a chance, let's go see.

Any of you that know the entrance to the Red Lion fishery will recognise this gate and the observant amongst you may see that the river is a tad closer than usual. 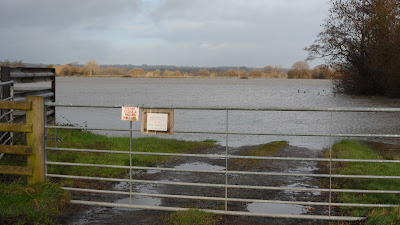 The view upstream of the bridge underlines the futility of any attempt to fish today... 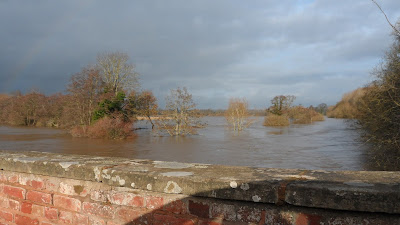 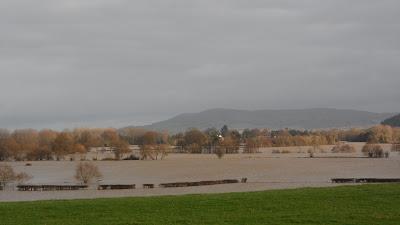 And so it was that Plan 'B' was hatched. I did the same on my last Wye outing when it was being particularly unobliging. I went to Curlew Minor, a small one acre pool that lies next to one of the carp lakes I visit. I felt certain that I'd get some action there.

As I walked the short distance to my chosen spot I saw a couple of fish topping. Most of the inhabitants are small but they pull hard and when all you want is a throbbing rod that'll do. I was light of a few essentials such as some floats so I plonked a lead out with a lump of meat on the hook. These fish cannot be too discerning, can they?

An hour or so later I'd had a couple of pulls and tweaks that rattled my cheese paste bobbin but nothing to strike at. I whittled down the size of bait but still they would not take it. Maybe it was the paprika that I'd liberally added to it but the bits I'd flicked into the edge had caused some dirty water as fish mopped them up. I tried for them, of course. Lowering my bait in amongst the disturbance but all I 'caught' were a couple of branches.

I'd scattered a few 10mm boilies about and some pea sized paste balls. I decided to wrap a boilie in cheese paste and immediately had a good pull which I missed. It was bites all the way then on but my were they difficult to make contact with. I'd changed my rig and tried one or two other baits and combinations but cheese paste was what they wanted. I had nothing big but as I was trying out a rod and reel combo for the first time it was fun to see them in action.

Cheese really is a great bait especially during the winter. Over the years I've had minnows, gudgeon, dace, roach, chub, barbel, carp, bream, trout, eels and pike on cheese paste, I think that says it all. 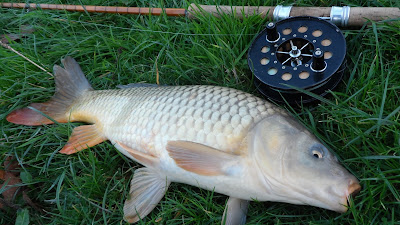