A Picture of Spring

I've had a wander along the river bank for the first time in a while. Its good to see a bit of green on the trees and, as the sun was bright and the temperature up, it was pleasing to spot a few chub and barbel. 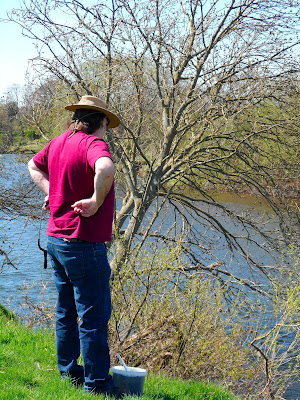 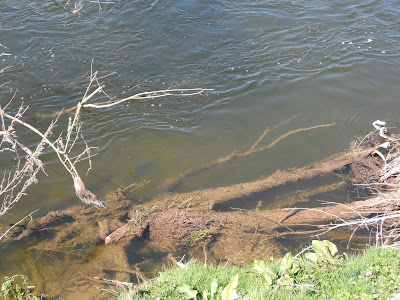 Can you see the chub? 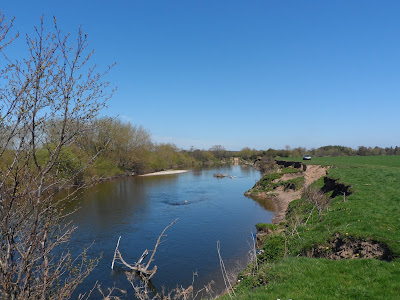 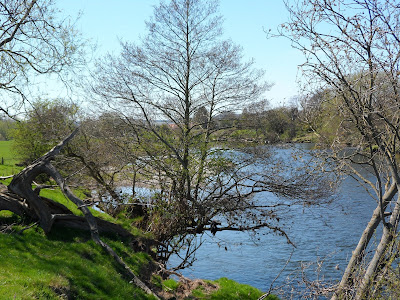 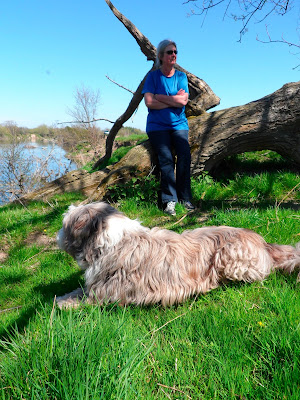 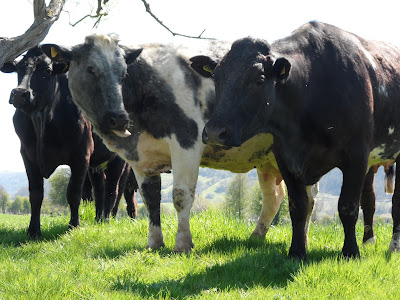 Harvey attracted the attention of a few residents

Harvey wanted to hide in the car.

Then today I went for a walk around a certain well known Herefordshire lake. It was my first view of Redmire despite knowing it almost intimately through the writings of the many legendary anglers and the renown episode of A Passion For Angling. My first thoughts were the same as many before me "Cor, ain't it small".

The water was quite coloured but we soon discovered that this was due to the vast number of fish truffling in the shallows and sending a cloud of red silt down the lake. There were fish visible everywhere, nothing very big, in fact most were very modest fish, I would think it could do with losing a few to be honest. 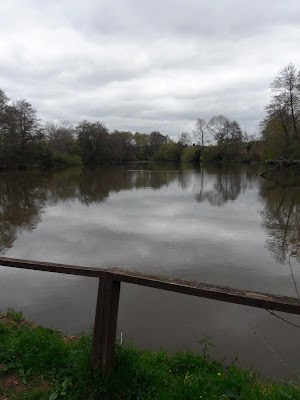 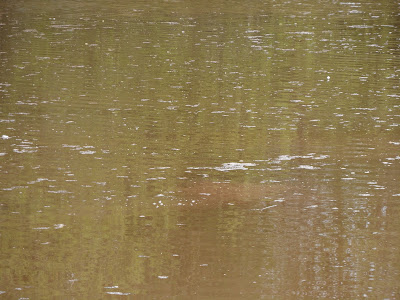 Something stirs the silt 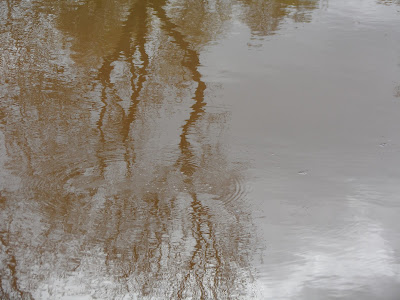 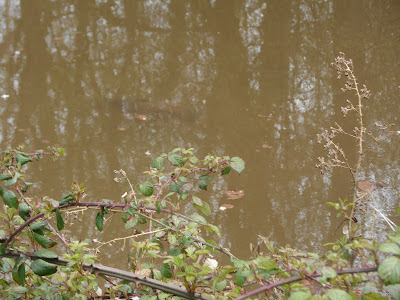 Out of focus but definitely a Redmire carp 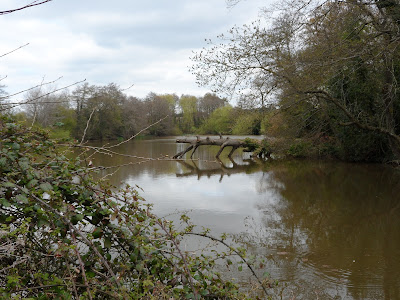 The controversial fallen oak. Despite differing opinions it is to be removed soon. I have a ferrule stopper on my stepped up MKIV made from the wood of this tree. 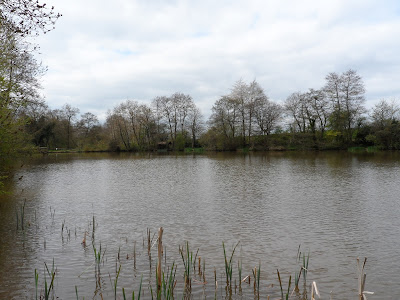 Before you decide to set a course for Redmire and a casual stroll around its hallowed banks, I was there with the express permission of Les Bamford and was ably guided by one of his assistants St.John. I express my deepest gratitude to both of these fine fellows for the opportunity to have a look see and I am certain they shall both be visiting my local stretch of the Wye in the summer.