Which brings me nicely to Jeremy Idiot Wade. I put my hands up, I was an idiot to have watched it, a mistake I shan't make again but I haven't watched any of his tosh for quite a while now but, with the dearth of anything to watch of late, when I saw it listed I pressed record on the planner. Oh how I wish I hadn't. 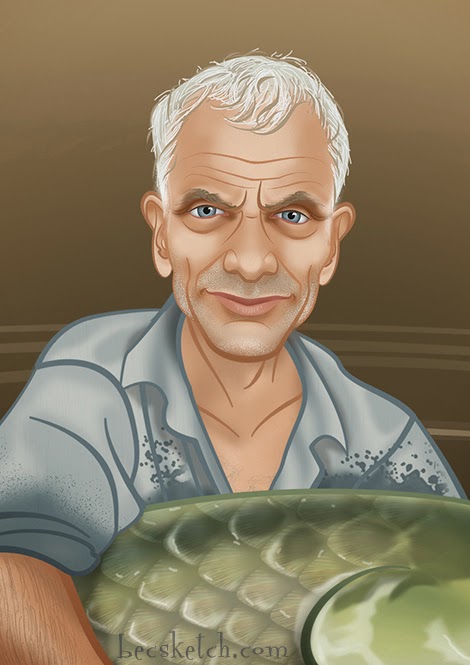 Come on then, name a dangerous fish....... yes, a shark is pretty dangerous but they've been swimming around since before the dinosaur so we should all be aware of their potential. Piranha will make a mess of your outer layer should you pop into their home territory and bleed but again, I'm pretty sure we are all familiar with the risk. The first human to meet an electric eel was in for a shock (pun painfully intended), and when TV animal botherers mess about with stingrays it can only end badly but other than that there are very few fish that pose a threat unless some clumsy angler gets it wrong. So, with all of the genuine risks dealt with and a host of innocent fish slandered by this jumped up, self made 'danger hunter', what has come in for his hyperbole this week? The Sea Lamprey. The bloody Sea Lamprey!

I have never seen the like, wide eyed Jeremy interviewing a 'survivor' who'd had a lamprey latch on to him. "It was fast and aggressive", said the man who oddly had no scars to show. Me, I'd love a lamprey scar to show off, how cool would that be, almost unique and if one does ever latch on to you here's a tip, hold it behind the head and gently pull it off, its a lamprey not a badger. Incidentally most fish can swim faster than a human and I think that 'aggressive' is perhaps an inappropriate word for what is a parasite rather than a predator. The alleged incident occurred on a lake in the States where, due to its geography, the lamprey numbers have grown to an imbalance and their numbers are vast. How have the authorities dealt with this situation? They have created traps so that returning lamprey are caught and dispatched. This slaughter passed without further comment from J I W.

Being hands on Jeremy had to get up close and personal with a live specimen. This is "Jeremy Wade fisherman, biologist"...... and idiot who makes lots of money by demonising fish. He entered the man made trap or as he put it 'descended into the concrete cave full of serpentine. slimy vampires' - give me strength, and we were given close ups of his curled lips and scrunched face as he oohed, urghed and blahhed at the sight and feel of the 'snakelike' bodies. Err, hang on, didn't J I W once cover his trousers with meat so that he could encourage large numbers of eels to surround him in a New Zealand river? Not too shy of the slimy or the serpentine then, nor when he fished for Snakeheads which really are quite serpentine. Do you suppose he was just doing this for effect?

Mrs B constantly reminds me that such programs are 'just entertainment' and maybe that is all it is but, what if somebody made a series of programs about how 'dangerous' our birds are and how they should be reviled? He'd be attacked in the streets by middle England who love their feathered friends. Well I happen to like fish and the Sea Lamprey is a special visitor to my local river where the males work together to excavate a 'nest' up to six feet wide and a foot or more deep into which the female joins them to continue the race, a race that is inexorably in decline. Once they have mated they are carried exhausted downstream to their inevitable death. They are docile and beautiful and no harm to man beast or fish whilst out of the sea but according to J I W they should be greeted by large groups of villagers carrying burning torches, pitchforks and clubs who would dispatch each and every one of them less they be attacked in their beds. 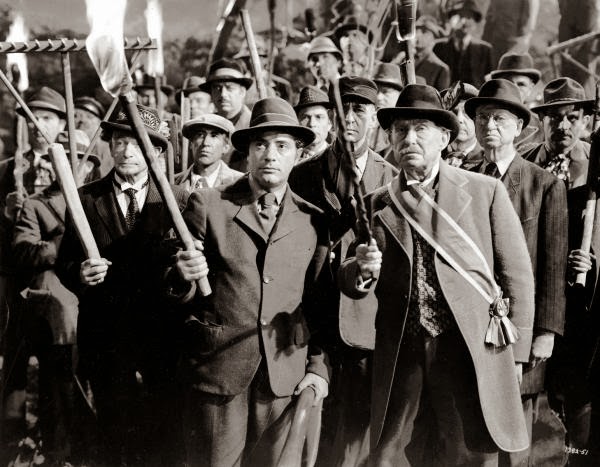 Jeremy Wade has become a mouth piece in the fishing world, he is famous across the world for this tosh and had brought the reputations of our fish into disrepute to a degree where the unquestioning public who believe everything on the telly is real will be too frightened to walk beside a trickle of water in case they are dragged into the depths by a gang of angry roach. A fish as ancient and unique as the lamprey deserves much, much more than being reviled for a few shillings by an idiot. 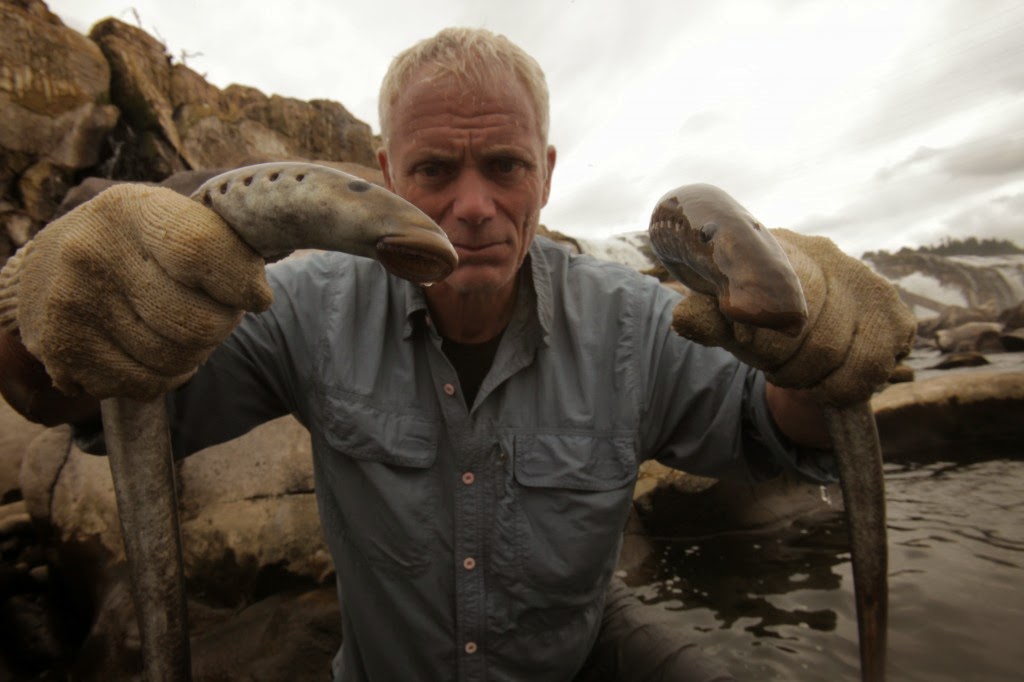