Of Carps And Bats

The lake always looks wonderful but from this swim it looks outstanding. I'd never done an overnight session here until now as it's way too far to barrow my gear but, with access to the dirt track around this side of paradise, I am now able to slip my bivvy between the trees onto a little flat spot just big enough to accommodate it.

As there's been no pressure on this spot my 'leading' exploration found deep silt over much of the area. Just behind my pitch I dragged my lead over the ground that I've fished many times from the opposite bank and found it quite hard and clean, the result of persistent feeding by many carp. I hope that fairly soon the area where I scattered my bait will be likewise but that will take time. So I added some groundbait mix containing hemp and a few bits and pieces to encourage some truffling from the bream. This will hopefully start the process and entice the curious carp into the zone. It is also, I suspect, along one of their patrol routes. 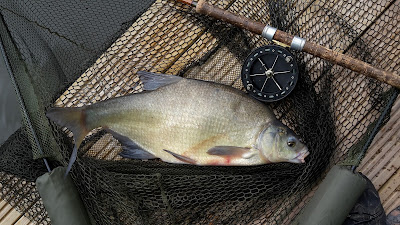 To pass the time, having got my carp gear ready, I dropped a couple of balls of feed short and scattered corn around it. This was followed by my float gear and within minutes the float was lifting and bobbing before sailing away and the first roach was hooked. A couple of roach later and all went solid on the strike. A deep thumping told me that the bream were quick to seize on a free meal. This went on for a while with the roach being interspersed with heavier bream. I could have caught them all day but that's for another time. I admired the last bream, a male in spawning garb with tubercles on its head and shoulders and the most amazing colouring around its eyes. Quite stunning in close up. 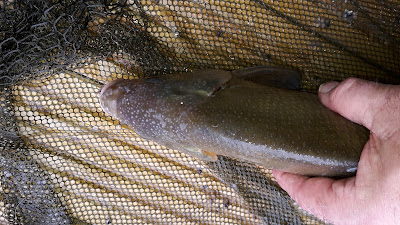 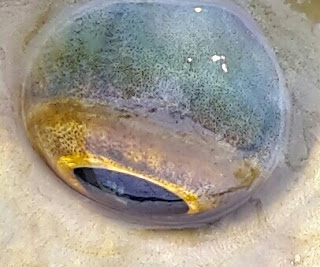 Float rod packed away and my traps were set. As evening saw the light values fade so a Noctule bat did the rounds. Seeing it's size made me suspect it was a noctule but I'm no expert. I do however, have an assistant, a bat detector bought for me on my 60th. The weird boings and dinks that came from the speaker were on a band length used by the species and a Google search on my return confirmed the sighting. Like bird song, all bats have their unique calls and they are very interesting to research and, if you can, to listen to. 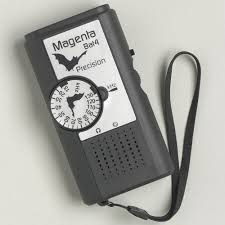 I had just one take from my new carp spot and a high shouldered, hard fighting 24 pounder made my efforts worth while. No, not worth while. The trip was a success for enough already and to watch the sun set over such a glorious backdrop was reward enough. I enjoyed that carp but it was far from essential on this trip. 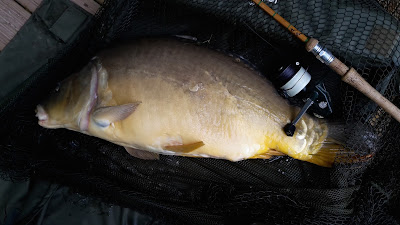 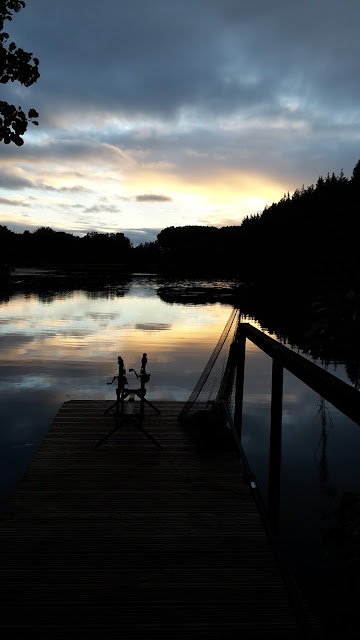