I emptied the shed. Everything came out and was stacked in three piles - to keep, to decide upon and to throw out. This may not sound much but at it's widest points, my shed was 14' x 10' but it narrowed down to fit the bit of land it sat - or rather, leaned on. It was a failed attempt at having a man cave in the garden but it never suited my needs and became a dumping ground for all and sundry.

That done, it was down to my son, me and my trusty chainsaw to reduce said folly to pieces of a manageable size. A hard day's graft saw it piled on the lawn until my mate and his trailer arrived. A trailer as capacious as a large skip apparently, yet we filled it - twice!.

Normally I would collapse at this point but not this time. "Fancy an evening by the river?" I suggested to Nicky. She jumped at the chance and we were away from the house at 7pm. At 7.25 I made my first cast.

I'd opted for an attractive swim that generally produces a few evening chub and within a few minutes I had my first bite. It was no monster but a welcome fish all the same. Nicky was suitably impressed but wished it was a trout as she rather likes the taste. 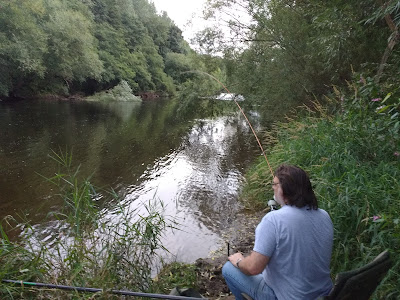 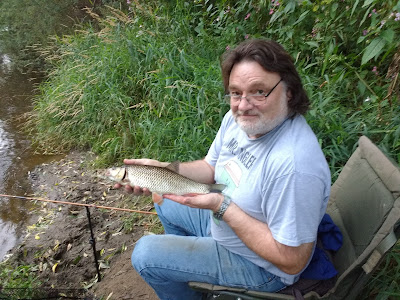 Not long after and I'd passed the rod across so that it sat in front of Nick. The tip bounced and she was on it in a flash - her first cane caught fish. Another small chub was landed and the evening felt almost complete. But not quite.

I sat behind my lad as he fished here a while back and I noticed two different species of bat flying overhead. The light was fading and out came the Bat Detector. Two, possibly three different calls were picked up with the rapid sonar pulses as a bat homed in on it's prey being the most exciting. It was Nicky's first experience of communing with flying mammals and she was enraptured as they clicked away.

At 8.30 the swim was quiet and most of the bat activity had moved on. One hour on the river, a fish each and a spot of eavesdropping on Pipistrelle and Daubenton's bats made for the perfect end to an energetic day.

Mind you, I was absolutely knackered for the next two.

There's little more to report for August. I had other, larger chub but failed to land a carp despite a couple of day trips where I only managed to spook a couple.

I did however fulfil a promise and take my mate and his lad for their fist trip. Kim has a day by a lake with his lad, Ben on his bucket list so I was happy to oblige. It's not every day you can say to someone "That is the only first fish you will ever catch". They both loved it and, as it was a commercial, there was plenty of action. I'll let the photo's tell the story. 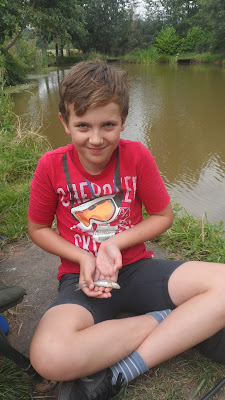 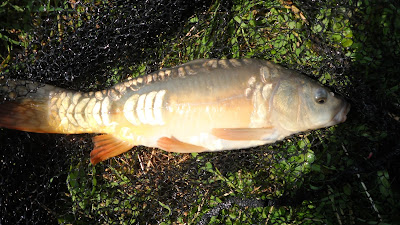 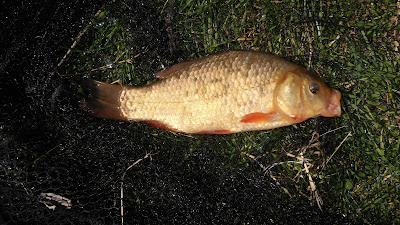 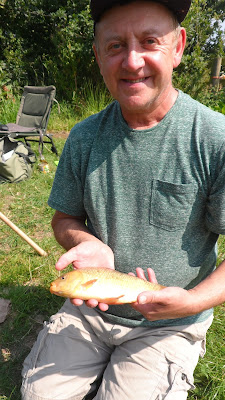 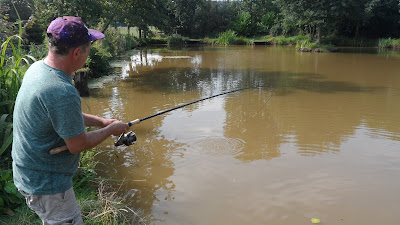 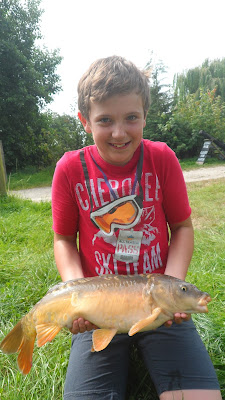