Haven't been out to play this week, I've felt unwell and it got gradually worse until Friday when Nicky read the bumf that came with my new medication. Maybe I should explain that I started on the new meds just a week ago last Thursday when my Doctor prescribed them during a consultation. The first choice magical cure came, he said, with a pamphlet. A pamphlet? I've never had tablets that came with a pamphlet before, I replied. Then his computer screen started to flash and he scratched his head, "Hmmm, can't have those whilst you are taking some of the others you're on". Then he said "Aha" and began telling me about an alternative. "Do they come with a pamphlet?" I asked. They didn't. "Is that a good or a bad thing?" I asked cheerfully, not one known for his sense of humour the Doc stared blankly at me, "give them a go for two or three months".

There followed a week when I felt awful and where I slept more than a hung over student.  Nicky read aloud, 'Possible side effects, can cause viral symptoms, fatigue, headaches, nausea, joint pains (the very thing it is designed to alleviate) etc..........'

Yep, that'll be what's doing it then, so let's read a little further. 'Can cause weight gain, can bring about anorexia'. Now I've heard of hedging your beds but this is ridiculous. The list went on.......and on.

Do you read this stuff? I don't normally as it is a short step from chronic hypochondria but these pills seem to be a possible cause for more maladies than living in a rat's nest. I've decided to put up with the pain for a while and hope that modern medicine can get its act together.


Not something I usually concentrate on but I felt that this one was worth bring to your attention. The first picture is of a boiled egg looking resplendent in its own little egg cosy - very chic. 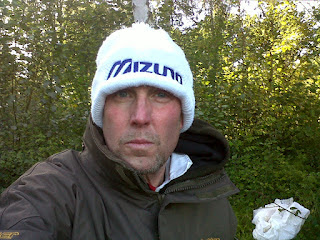 The second is well know follically challenged Eastender and social commentator Monty Dalrymple out for a day's blanking after essox lucius whilst announcing his new winter skull warmer to the angling world. 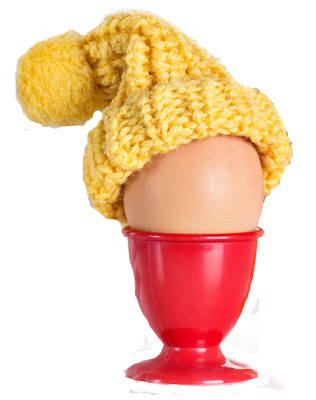