During early spring our robin population is busy finding mates and the male birds can be heard singing their song of love and threats to any other male that may enter their domain which they will aggressively defend against all comers. Once they have their clutch to feed the robins are much quieter not wishing to draw attention to their location and despite a brief refreshing of their bond with Mrs Robin and a declaration of their new nesting area, they are fairly subdued until late August to mid-September when they make a lot of twittering sounds from the undergrowth. The birds by now have 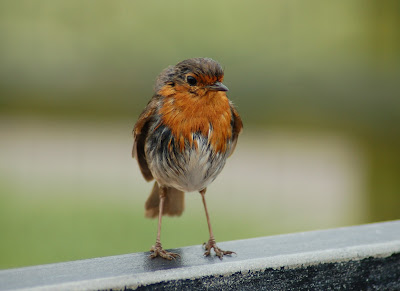 recovered from the excesses of parenthood, moulted and are fresh and brightly coloured ready for their annual Christmas car appearance. It is now, at the later part of September, that you will hear that soft, watery song from the tops of trees as they sing their way through the winter. Why do they sing so long and loud at a time when they have no mate and no territory to defend? I have no idea but I have noticed that they are back 'on song' and will be a constant accompaniment throughout the cold and dark of the winter months. 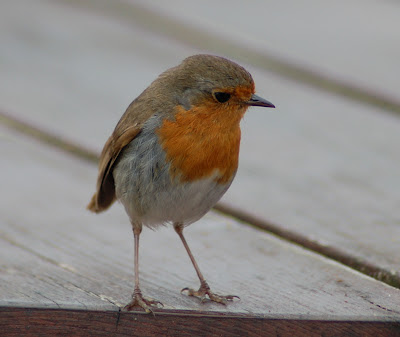 Which probably hints to the fact that I've been on the bank a few times this last week yet have nothing to report in the way of fish. September should be the 'easy' month with fish coming on every trip, I've done all right of late and used the confidence of success to go and experiment in a couple of swims that have been under par this season. Apart from a couple of minute pulls from hyper-sensitive chub, I've not had anything to strike at. Time was I'd have gone back and worked out a way of fooling those nervous fish but nowadays I tend to think 'if they are that effected by the pressure of fellow anglers why should I compound their misery? Let them be and hopefully they will be a little more relaxed when I try again after the hoards have left'.

I also had a few hours on the tributary. The river looked much the way you would expect in deep winter, clear, cold and devoid of fish. I really don't know where they hide on this river, I only saw a single fish which was dark coloured and circled a pool three times, each circuit being a yard or two farther downstream than the last. It may have been a salmon, I'm not really sure. I do know that it was oblivious to my bait.

Looking forward, this weekend is the annual fish-in of the A-team (well, 'a team' of ageing blokes who enjoy a good laugh and a few beers - or Tia Marias), this is a high spot on the social/fishing calendar and will be enhanced by the addition of lifelong fishing buddy Paddy O'Hooligan and Methuselah's older brother - Bunny. I can't wait.
Posted by Dave Burr at 19:02