I first visited the Redditch event a couple of years ago when I was a mere novice in the ways of cane. I was seduced on that day and took home a rod of great beauty to accompany my other cane rod that was waiting for some company. They now seem to have formed quite the family as I have added more and more during the last year or so, a thinning out must soon take place. I digress, to wander around so many stands where so many bright things catch the eye, the rods, reels, floats, lures, books oh the books! Too much to take in, too much choice. 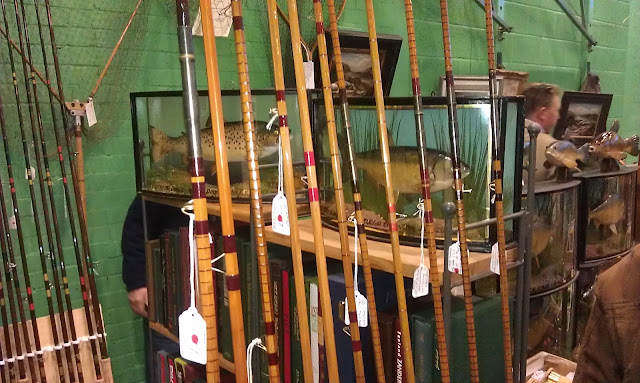 I did a lap, interrupted by meeting up with friends not seen for a while and new ones too, guys from various forums that converge on such gatherings. One guy recognised me and spoke - "Where do I know you from?" I asked, "We fish the same syndicate lake..." I'm useless when I meet people out of context, I've only ever seen Steve behind a set of rods or drawing up at the lake with a car loaded for a session. Still, we had a good chat. Then it was Kevin Clifford, I haven't spoke with Kevin for a while and it was good to have a natter, well, two natters. Gary, who I'd driven to the event was eager to meet Kevin so I sought him out and duly did the introduction, Gary grilled him on carp history for some time.

Trevor King and his lovely lady Lynn were there too, its been a while since we last met. His taxidermy, fish models and now his wood carvings (especially the perch) are just mouth watering, expensive but oh how I covet such perfection. He's also making hollow cane rods, an eleven foot barbel version just had to be flexed. 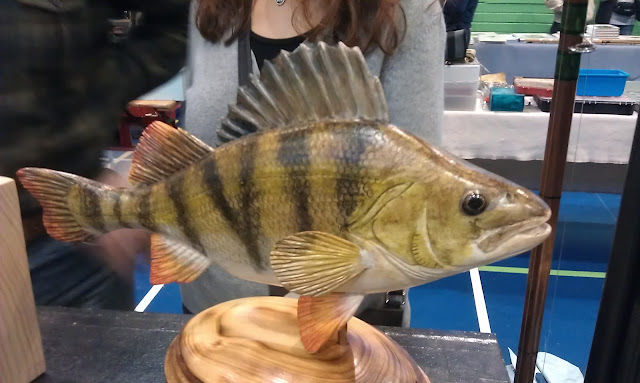 Andy Sliwa was there, which was just as well, he had a couple of rods of mine that he's been working on and I left him with another that needs his expert touch. I also borrowed his own 11' barbel rod which I intend keeping until its been well and truly flexed - best not tell Andy that just yet though eh ;o) 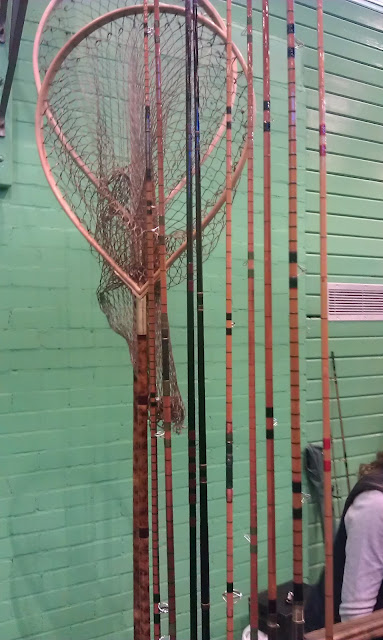 You know when you've had a really enjoyable day when you feel like smoking a cigarette and sleeping for a few hours when it finishes but as a non smoking designated driver I had to join the heavy traffic and wend my happy way home.
Posted by Dave Burr at 21:05