Dry weather at last, great, that means I can get on to the field at the carp lake and maybe have a night or two after some carp! Then the temperature rose and I thought 'uh oh', I have a sneaky feeling the carp will be doing some summer lovin'.

But I went anyway just for a look around and with a few baits (mainly floaters) in my bag. I saw plenty of fish, loads of them in fact but, as I suspected they were somewhat preoccupied with procreation. I sat in the shade and flicked dog biscuits out onto the water and watched as he carp trailed around in procession and the bream drifted in mid-water. Then I heard a splash.

Closer investigation revealed a good fish eating the floaters. I fumbled with shaky hands to set up my rod and tie a hook and returned to the scene of the action - where it was all quiet. Over the next hour or so I had one or two fish lazily suck a morsel from the surface film and one scamp of a fish took quite a few as they drifted under an overhanging tree but, each time I introduced a baited hook they simply sank away or swam around it ignoring it with a blatant disregard.

So I took out my camera and took a few shots and some video. 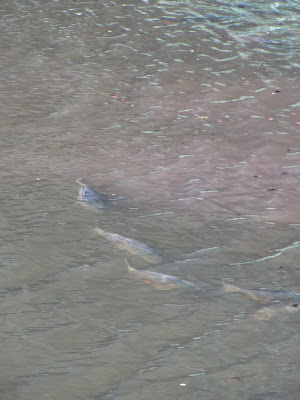 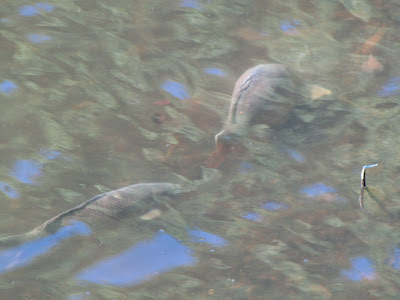 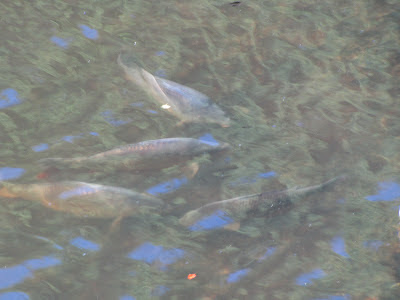 A change of plan was needed and the arrival of a new cane rod was the only provocation I needed. A thought struck me. The second knot most of us learn to tie -after the Granny of course - is the bow. Sat on a step, tongue out in deep concentration as stubby fingers manoeuvre lace ends over and around until success! A loose bow is tied on your shoe only to come undone a few paces farther on and the process starts again. But its a beginning and us anglers certainly become adept at a wide range of magical twists and turns of thread or rope in order to secure our hooks, leads or boats, yet the bow will always have a significant place in our being. The bow becomes the string on a parcel, the ribbon on a gift, the final barrier of sensual clothing.... Untying a bow is like unlocking a chest, it reveals.

And so I fought through yards of parcel tape and staples to gain access to the rod tube and there it was - a rod bag secured by two bows. The first one, half way down and less interesting, was dispatched with little thought but the second, the bow that would reveal the rod that lay beneath, this was pulled seductively apart, the moment savoured and the hidden gem revealed. I was not to be disappointed, the rod, beautifully restored was assembled. In the hand it felt light, responsive, arrow straight and simply delightful - I needed to go fishing.

Nicky and Harvey decided to come too but we waited for the temperature to drop for all our sakes, no point in frying after all. So it was 7pm when I swung the first cast across and into the main flow. This was the swim in which I blanked last week but then the river was like cocoa and much wilder, this time it was just about right. I soon lobbed a second feeder full of damp pellets and crushed boilies onto the same spot, I like to get a bit of food in at the start. On the hair were three or four small pellets glued along its length, this subtle approach often out fishes the blatant large bait used by so many. I sat back, the evening air was warm but fresh, the scenery perfection and the mood optimistic. I decided to celebrate the moment with a photo of my new rod and moved it to a better angle for the shot but the butt fell off the rucksack it was leaning on and I wondered why until I saw the tip, it was pointing downstream and bending further by the moment. I quickly tightened into my first barbel just fifteen minutes after I had made the first cast. 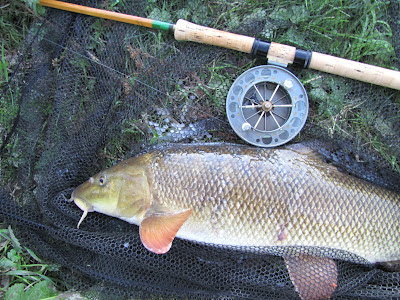 The fight was an exciting affair as the fish hugged the bottom then used its fins against the fast current but I am pleased to say that the rod was more than capable and an eight pounder was duly landed. I sat back content with the world, I don't find the river in generous mood that often and a quick fish often signifies a long lull afterward but I was satisfied, I'd christened my rod, what more could I ask.

Well, over the next hour I had two more, the second capture being video'd by Nicky which is a first for me. These last two fish were like peas from a pod at about seven pounds something in weight, it didn't matter, they were great fun on the gear and, as I slipped the last one back to fight another day I felt totally sated and decided to pack up. This may seem strange to some of you especially those with the 'catch at any cost' attitude but I had taken my fill, anything else would have been greedy and would have felt disrespectful in a weird way, so we left. 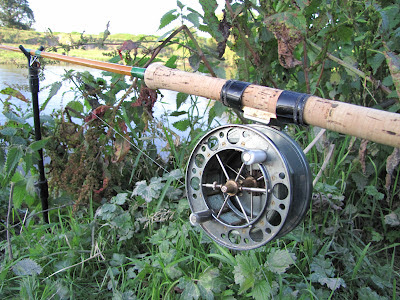