My first memory is of seeing my fingers playing with the coloured beads that slid up and down on a metal pin in a panel on the side of my cot. Red, green, yellow and blue, each faded on the edges from the action of my fingers as well as those of my brother and sister before me and, quite probably of other children before my parents bought it. Conversely, when I  leave this world there shall be "hands and tears on wood" as I once wrote about a close friend's funeral, it is an ever present in our lives and deaths.

As a youngster I would 'play' at fishing in my back garden. Canes from the rows of beans were never satisfying as they would not bend properly and broke as soon as that fighting curve was achieved. No, it was hazel branches that made the best rods, pulled from the hedge and with string attached and a weighty piece of wood to act as the fish, Paddy and I would sit beyond the vegetable patch under the dead tree where the barn owl would sometimes perch and catch pretend roach, chub and maybe even a barbel just as Mr Crabtree did in that Holiest tome from the pen of Bernard Venables. Sometimes we dared to catch a specimen 2lb roach or 5lb chub never believing that it may one day come true.

My first rod was cane, cheap and very nasty and it put me off the stuff for a long time. I 'progressed' to solid fibre glass, surely one of the worst rod materials man has endured, then, because I couldn't afford a hollow glass rod with my savings, another cane rod which became the mainstay of my fishing life for several years.

Having afforded hollow glass rods I turned my back on cane and when carbon fibre became the norm I saw no reason to go back and that's how it stayed ......................... until I read the books and articles of Chris Yates.

If ever a man has influenced the lives of fishermen then Chris is right up there at the top. His beautiful prose about secret carp pools or hard fighting barbel im crystal rivers, all painted against the backdrop of bent cane and screeching centre pins, what man could fail to be moved. I yearned for the feel of cane once more.

It took a time and, having taken the plunge, a number of cane rods have come my way and I have learned to enjoy the feeling of one bucking in my hand as it attempts to straighten itself against the pull of the fish. It is a spiritual thing.

But I have found my rods lacking. Most cane rods are light in their test curve to anything comparable in carbon, who amongst us would contemplate barbel fishing with a 1lb test curve rod? Yet the traditional Avon style cane rod rarely exceeds that. My rods have been under-gunned on the Wye where the fish fight hard and long in a strong, fast river. I need to upgrade. And what of the carp? I want to take a twenty pound plus carp on a cane rod. The weight should be immaterial but it is a self imposed ambition and that is all that fishing is when you get down to it, a series of goals and ambitions that we set ourselves and, once achieved well, we just set another.

So, I now have a heavy Chapman 700 which will not fold and cede to the runs of a stout carp in a weedy estate lake and, should that fish be close to or beyond the immense thirty mark, well it will just roll up its sleeves and do the job. I am also negotiating (with a certain Mr Wood) the acquisition of a Chapman 550 with its pound and a half test curve, much better suited to the barbel and the occasional carp from clearer venues. Add to this Andy Sliwa has promised to return to the 'Lab' and conjure up another magic wand, as identical as possible to the one he made for Neil and that is something that I will have to wait for no matter how impatient I feel.

But I am not a Traditional Angler and nor am I about to go shopping for Edwardian garb and a bloody Kelly Kettle. Unlike many that enjoy the sensation of cane in their hand I have no compunction about fitting an old rod with a brand new reel either a pin or a fixed spool, and most of my rods are fairly new anyway. No, I'll carry on with a mixture of ancient and modern, cane and bait runners, cane and Delkims it matters not a jot to me.

I have the cane bug and am out to enjoy myself, tomorrow I shall head for the lake and a stab at my goal, then, if my new rod arrives in time, I'll be off to the river whilst still looking out for a rod or two to fill the gaps in my arsenal. 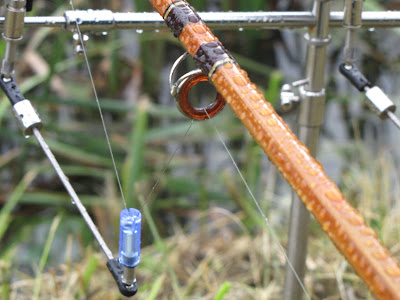 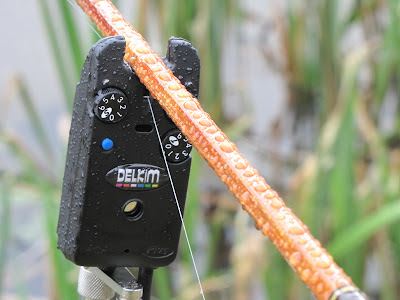 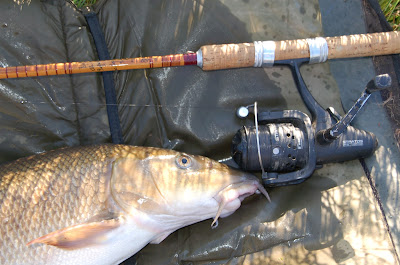